Jonny and the Baptists: Dance Like it Never Happened 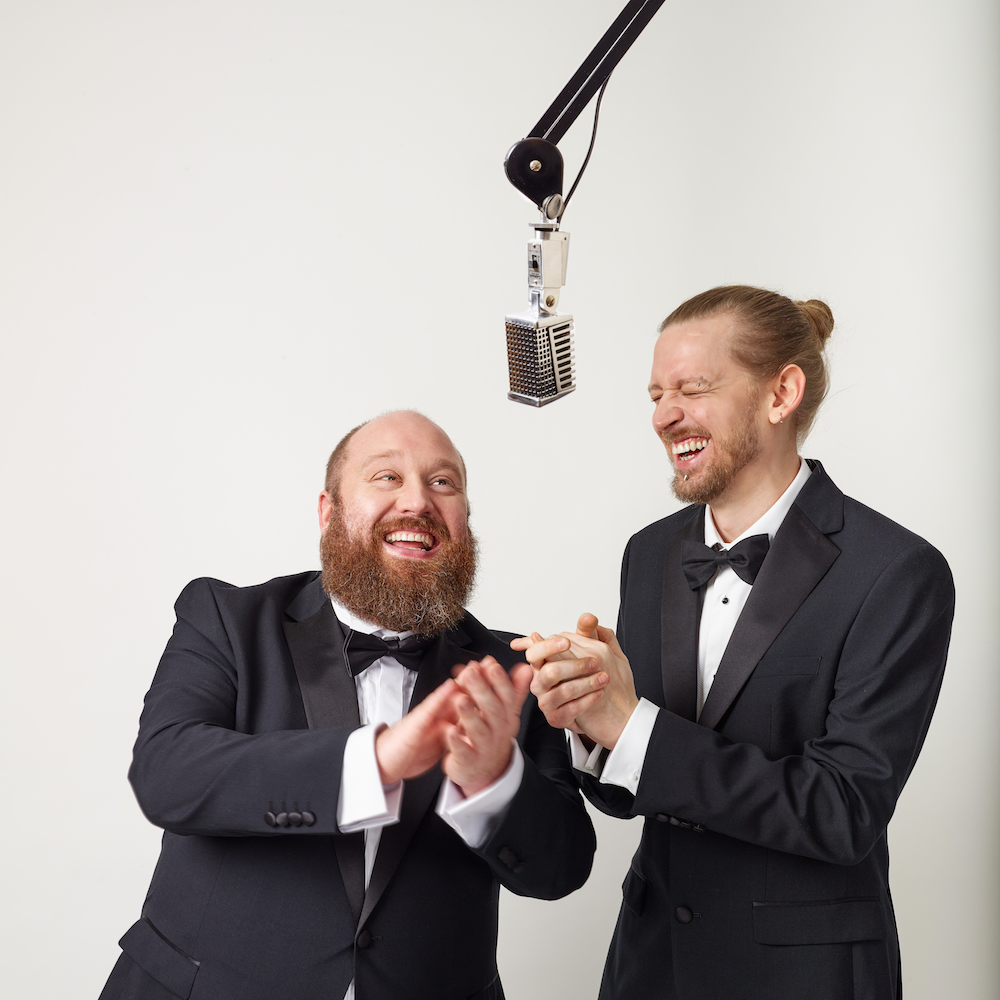 Jonny and the Baptists: Dance Like it Never Happened

Oh wow, the last two years have been awful haven’t they?

So what do we do now? Just power through? Laugh and pretend it’s definitely fine?

Or deal with the trauma of multiple lockdowns, emotional shutdowns and total breakdowns?

In “Dance Like It Never Happened” musical comedians Jonny & The Baptists are gonna try to do it all. Grieve, bounce back, have a cry and then do the Macarena. It’ll be the funniest, most joyful and uplifting show you will ever see about feeling totally bereaved.

Through their trademark blend of joyful songs, silly stand-up and riotous storytelling Jonny & The Baptists should help you find meaning, humour and beauty in the worst years of the century (so far).

“Plenty of hilarious musical one-liners, using familiar tracks or lyrical structure to drop an impactful punchline as quick as you like” ★ ★ ★ ★
Chortle

“Hilarious throughout and moving towards the end, Jonny & the Baptists will make you laugh until you cry and probably cry until you laugh, too. A must-see” ★ ★ ★ ★ ★
Sunday Post

“Yes, the brilliant musical rabble rousers have certainly given up politics. If only the rest of the Fringe could give it up in this way, we might change the world sooner” ★ ★ ★ ★ ★
British Theatre Guide

“Fieriness and heart… The enthusiasm, avidity and passion of the band radiate well after the gig has finished” ★ ★ ★ ★
The List

“Brilliant… The closest thing the Fringe has to rock gods” ★ ★ ★ ★
Fest

“Top 10 UK Comedy Talents: Uproarious rock’n’ ROFL-ing… the melodies are as good as the punchlines” ★ ★ ★ ★
The Independent on Sunday

“Frank, fresh, funny – and something completely different, even a contemporary Flanders and Swann” ★ ★ ★ ★
WhatsOnStage

“If you want satire that’s thoughtful and silly, that’s funny and tear jerking and utterly brilliant buy a ticket now. The world might be falling apart but at least Jonny and the Baptists are making the end a little more enjoyable” ★ ★ ★ ★
Broadway Baby

“Frank, fresh, funny – and something completely different, even a contemporary Flanders & Swann” ★ ★ ★ ★
What’s On Stage

“These two individuals are incredibly talented in their own right; and together, they really do create magic” ★ ★ ★ ★ ★
Radio Ha Ha

“Hilarious yet heart-wrenching… an absolute stormer” ★ ★ ★ ★ ★
The Crumb

“Anarchic, absurdist and downright silly in a whirlwind exposé of issues of the moment”
Fringe Review