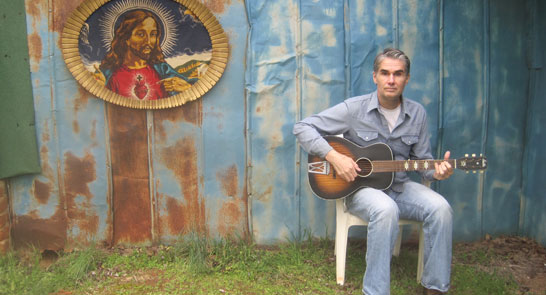 Numerous songs from his back catalog have appeared both in film and television, with his Primus-esque Word-Mule being featured in Breaking Bad, and more recently his cautionary rocker Crash Into The Sun appearing in Ray McKinnons highly praised Sundance Channel series Rectify.

UK fans may recognize White as the narrator and defacto tour guide for the award winning BBC documentary, Searching for the Wrong Eyed Jesus, a road movie set in the rural South, which the LA Times described as ‘decidedly strange, delightfully demented.’