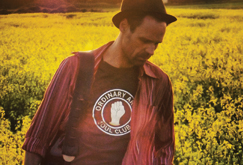 Jamie R Hawkins is an Award Winning Singer Songwriter whose songs have won him critical acclaim in the UK and around the world – he has been described as ‘a powerful mixture of storyteller, philosopher and poet’, his lyrics as ‘poignant and witty’ and his performances, ’emotive and captivating’.

With 3 EP releases, a bunch of European tours and a record deal with a Swiss independant label under his belt, Jamie is forging for himself a dedicated and growing fanbase around the UK and Europe.  You can find him either performing his songs to the masses or hiding in the studio, scribbling away in his dog-eared note book…

Emotionally charged, poignant and witty acoustic pop-rock that reminds you of Crowded House or even Del Amitri, which is fine by me
SECRET CHORD RECORDS

A heady combination of from the heart self analysis and universal truths, stark realities and street level wisdom
THE SWINDONIAN