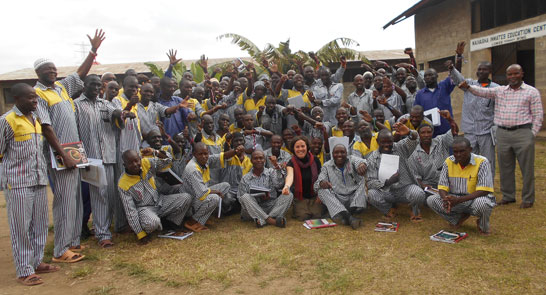 In 2003 Pen Hadow became the first person to trek solo, and without resupply, across the Arctic Oceans sea ice from Canada to the North Geographic Pole  a feat that has never been repeated. But of the 850 hours spent hauling his sledge, over 30 hours were in the water. It led to a revelation that big environmental changes were taking place. The sea ice cover, previously in effect creating a protected marine reserve, was now receding. With it, the habitat was going, one that provides to a unique ecosystem that includes some of the largest, the longest-living, best-loved, and the least-researched animals on Earth. Pen reflects on the significant discoveries made by Arctic Mission last summer, and encourages all who listen to consider that exploration has never been more important or urgent in human history, if we are to live sustainably.

One of the worlds leading explorers, having led an array of pioneering high-profile endeavours in the North Pole region, hes now dedicated to protecting its threatened wildlife and ecosystem as the sea ice retreats. Pen leads the 90ºNorth Unit, advocating an international agreement to create the North Pole Marine Reserve, and hes director of the associated scientific research and public engagement programme, Arctic Mission  in 2017, the first non-icebreaking vessels in history to enter into the North Poles international waters. Previously, he led the award-winning international scientific research programme, Catlin Arctic Survey (2007-2012) investigating the Arctics rapidly melting sea ice.

Tickets are available in advance, with an allocation held back for on the door of the night of the talk.