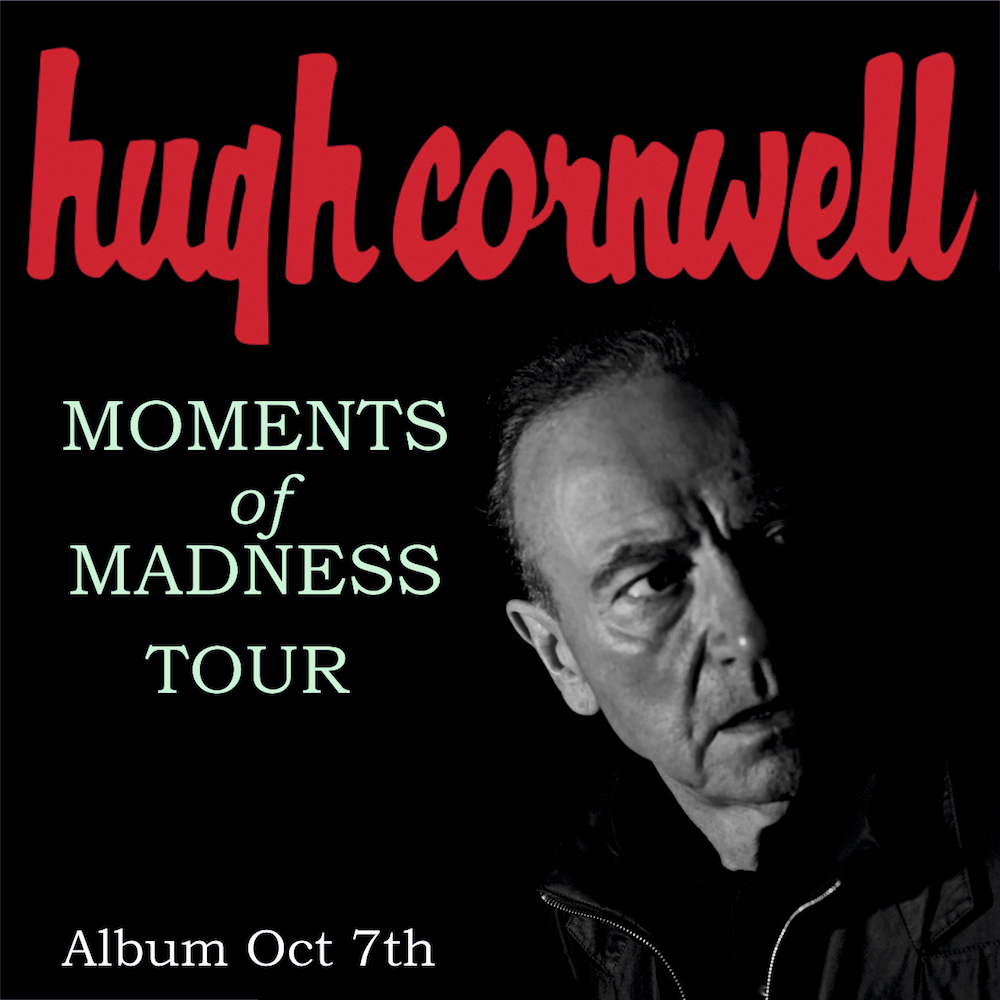 When future historians of music draw up a list of the movers and shakers who changed the modern musical landscape, there will be no doubt that Hugh Cornwell’s name will be prominent amongst them. As a pioneering musician, songwriter, and performer his pervasive influence persists in the record collections of music aficionados, across this spinning globe’s radio waves, and on stages around the world. Hugh’s presence is unquestionable. Born in Tufnell Park, North London, Hugh attended school with another celebrated musician Richard Thompson before achieving a degree in biochemistry. He performed his first solo gigs at restaurants owned by celebrated TV chef Keith Floyd who used The Strangler’s Peaches music on his food programmes.

2022’s Moments of Madness is an album of acute, pithy, and witty observations and social commentary across ten singular songs, that confirms Hugh as the poet laureate of the punk era and beyond.