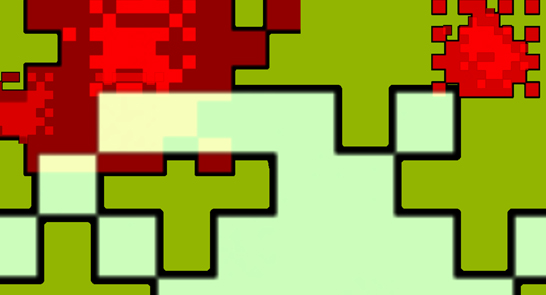 Central to this exhibition is ‘Invaders’ a new AV commission which has been created using data from the artists own brain activity recorded during epileptic seizures. A selection of 2D works, inspired by medical scans & cognitive responses to his epilepsy, aim to raise the profile & dispel myths about the condition.

Gus Cummins Invaders was created using medical data collected by an electroencephalogram (EEG) which recorded the artists own brain activity during epileptic seizures through a series of electrodes glued directly to his head. The resulting streams of information have been converted into both visual and sound signals using a computer interface constructed by the artist. Referencing the 70s arcade game Space Invaders, a sense of invasion by an alien presence represents both rogue activity within the artists brain, and the negative attitudes to epilepsy which can be shown by society.