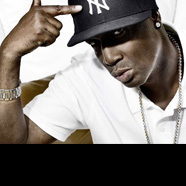 Please note: This event has been moved from Sun 7 Dec to Fri 19 Dec

A great night of live acts and DJs in the bar and auditorium, culminating in a headliner show from Grandmaster Flash

The combination of Grandmaster Flashs turntable mastery and the Furious Fives raps, which ranged from socially conscious to frivolously fun, made for a series of 12-inch records that forever altered the musical landscape.