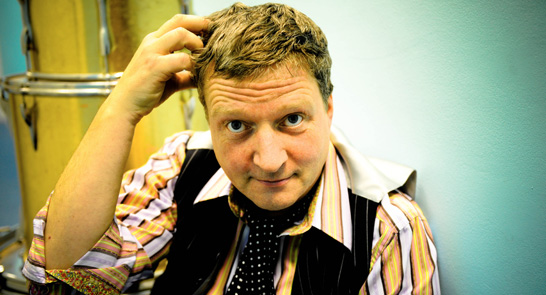 The Best Of Times

Following the release of his solo album Happy Ending in 2014, Glenn embarked on the critically acclaimed At Odds Couple UK and US acoustic tours with long-time collaborator Chris Difford. In 2015 Glenn and his Squeeze bandmates wrote, recorded and released their first album of new material in eighteen years – which was written for the BBC drama of the same name, inspired by the memoirs of friend Danny Baker. It was a glorious musical return, Cradle To The Grave was met with rave reviews and entered the UK Official Album Chart at number 12. The band embarked on a soldout tour across the UK, including a packed out date at Londons iconic Royal Albert Hall.

As 2015 drew to a close  without stopping to catch their breath- Glenn and Chris headed to the US for an extensive acoustic tour. 2016 has kicked off no differently  Squeeze were a viral sensation in January after a castigating performance on BBC 1s Andrew Marr show (read about it on Glenns Guardian Blog).

Anyone who has witnessed Glenn on the live stage can attest to the properness of his doings, as it were. Armed with ready wit, raucous vibes and a shed load of grin-inducing great songs, there are few musicians able to connect with their audience on such an immediate and warm level. The ever burgeoning festival circuit is frequently enriched by Tilbrook the troubadour, whether he be leafing through his own plentiful back pages or dashing off impromptu audience requests ranging from Jimi Hendrix to Tony Orlando & Dawn, and all points in-between.