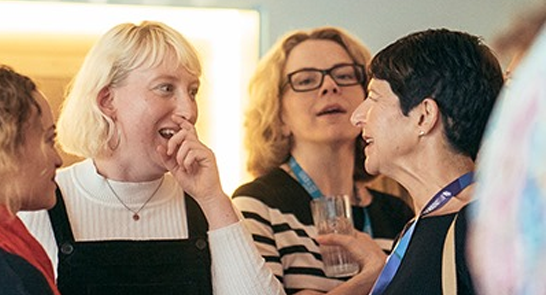 Hosted in partnership with BFI NETWORK & Exeter Phoenix, this workshop aims to give emerging film producing talent the skills and knowledge they need for their next film.  Aimed primarily at those developing a career as producers, this workshop is also a great opportunity for directors and those exploring a career as a producer in film and TV.

Led by Rebecca Wolff, this workshop will explore the role of the film producer, getting to grips with some of the key skills needed for the role from funding your production to seeing it up on the screen.

This workshop will be held online and will run from 10am to 1pm.  Tickets to the workshop are free, but booking is essential.

Producers are also invited to apply for a smaller round table session in the afternoon, from 2pm to 5pm. During this round table session attendees will be given an opportunity to present an idea or production they are working on, ask questions and get feedback from workshop leader Rebecca Wolff, as well as give and receive peer feedback.

Applications to join the Roundtable are currently closed.

With a background as Head of Development at BAFTA-winning production company The Producers, Rebecca Wolff went freelance as a producer in 2012 receiving BFI funding for her first short, soon after the birth of her son. In 2015 she formed Grasp The Nettle Films with writer/director Dean Puckett, the company is based in Devon and London and was named one of Creative Englands CE50 companies 2019. She has produced a number of shorts funded by BFI, BFI Network, Creative England, Female Film Force/Bumble, Alter, The Guardian and Creative Europe. She was part of the Edinburgh Talent Lab 2019 and Les Arcs co-production village 2018, she also currently is a BFI NETWORK x BAFTA Crew participant.

She has a slate of short and feature projects she is developing, including folk horror MAGPIE with Dean Puckett, which was one of the 2018 iFeatures projects and feature documentary NATURE HUNTER which is a UK/French coproduction working with Ed Sayers founder of the straight 8 competition.