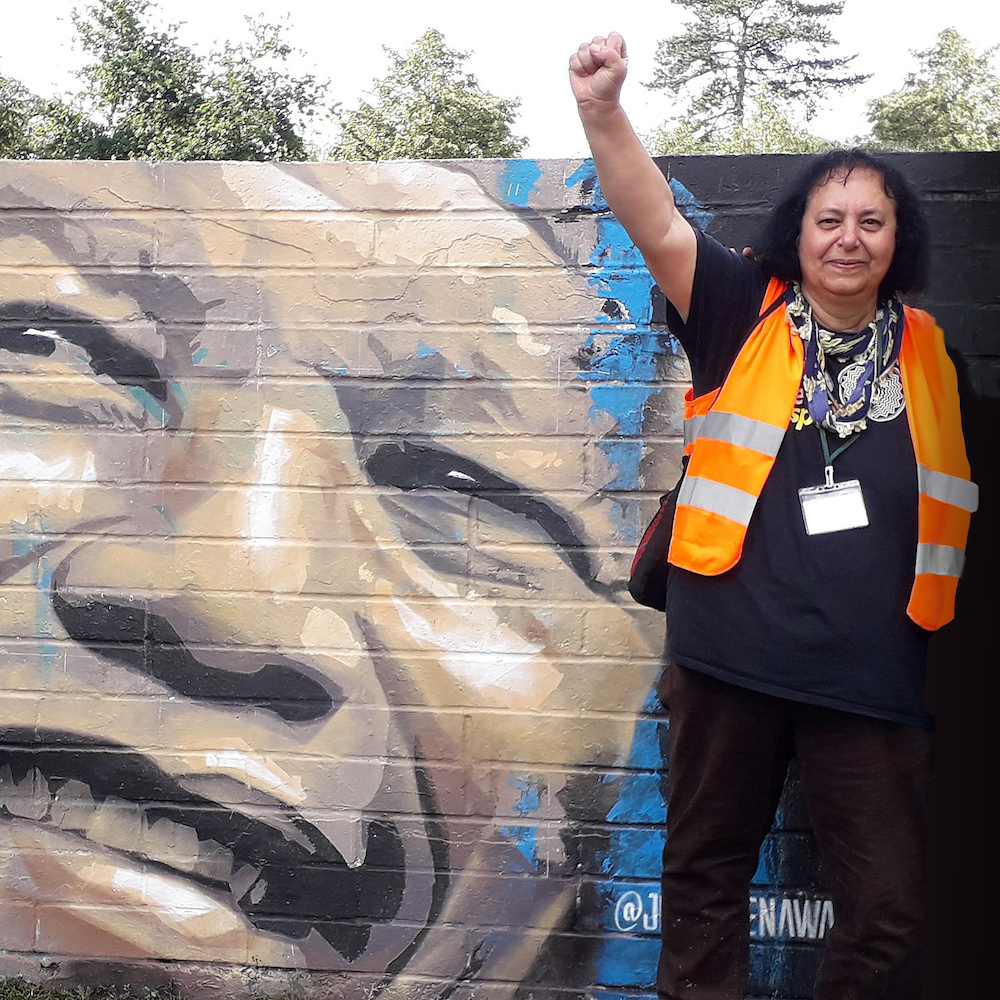 The premier of a film by Jesvy Joseph, The First One Crossing The River, covers Suaad’s journey from her childhood to becoming a human rights advocate and the inception of Exeter Respect festival and its importance and impact on the local community over the last two decades.

Suaad Genem George has been at the helm of Exeter Respect since its inception in 1997 and has managed the festival since 2013. Jesvy Joseph migrated to the UK from India at age 14, adapting to life in the UK at that time was incredibly challenging and distressing for her. She met Suaad at the age of 15 and started volunteering for Respect at 16. Suaad empowered and encouraged her, so she made a promise to Suaad that one day she would bring Suaad’s story out to the world.