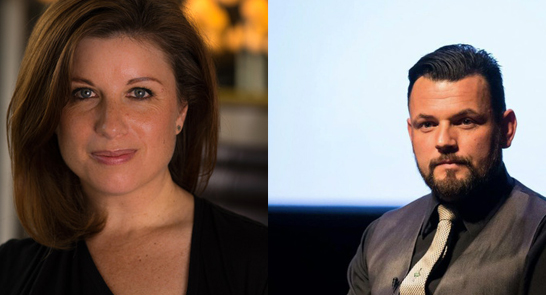 Exeter Real is a brand new vodcast, founded in 2018 by host Tracey Duke; the former Editor of Grow Exeter.

Filmed at the Organic Studios in Southernhay and broadcast to a global audience via their YouTube Channel, the show focuses on the tools, tricks and stories of our greatest entrepreneurs, business leaders, adventures and elite athletes, from right here in the city and from across the globe.

Delving deep into their growth mindsets it aims, through the art of raw, honest, conversation, to find out just exactly what it takes to thrive in a world of both challenge and opportunity.

For the first time two 40 minute interviews will be filmed in front of a live studio audience.

Following the theme of leadership, Tracey will be interviewing two extraordinary, former military personnel from right here in Exeter.

Paul Vice is a former marine corporal who served with both 40 and 42 Commando. During a tour of Afghanistan in 2012, Paul was blown up by a command wire IED resulting in, amongst other horrific injuries, a 90% severance of his neck, and an elective amputation of his lower leg.

He has since gone on to achieve Invictus Games glory and is now set to turn the recruitment industry on its head with the launch of a business & highly anticipated new app: IMPLOYABLE.

Ben Jordan is a former Rifles Regiment Captain, specialising in leading teams to become the best they can be. After studying Information Management at Sheffield University, Ben was accepted to the Royal Military Academy of Sandhurst; regarded as one of the top leadership academies in the world.

Ben operated in Afghanistan in 2012, leading a team of 30 through a complicated and intricate battlefield.

After leaving the military, he launched his own business; The Bear Trail, a multi award winning enterprise with over 50k visitors within the first 2 years.

Following filming, we will bring both Paul and Ben back onto the sofa for an audience question and answer session.