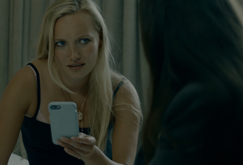 Join us on closing night for the highlight of the festival, the Exeter Phoenix 2019 short film commission premiere screening, and the official opening of our 2020 commission schemes.

A drama exploring a defining afternoon between two school girls as they take intimate photos to share with an older man.

Exploring 21st-century homosociality, Shuttlecock follows a man forced to question his notion of masculinity after an obsession with a member of his badminton club spirals out of control.

Flicker follows two deaf campers in a heated argument after a seemingly supernatural run in.

House Hunting is a short film providing and intimate look into how PTSD can manifest itself in veterans.

Åland is an artistic impression of the relationship between the inhabitants of the Åland islands in Finland and the population of Eurasian wolves who are returning to the archipelago for the first time in over a century.