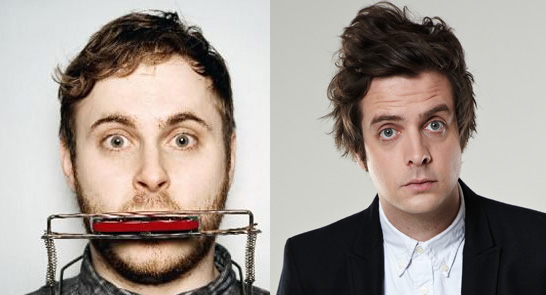 NEWS! Unfortunately, due to unforeseen circumstances, Tom Craine is unable to perform tonight and will be replaced by the brilliant Joe Rowntree.

Rising star Joe Rowntree provides a hot pot of character comedy, serving up the rare and wonderful specimen that is Morgan Berry: Pet Bereavement Counsellor. Joe is a stand-up comedian, actor, writer and presenter. His television career started back in 2001 writing put-downs for Anne Robinson on “The Weakest Link”. He has hosted 2 UK tours of “Brainiac Live” which culminated at the Hammersmith Apollo after appearing in all six series of the award-winning hit Sky 1 show “Brainiac: Science Abuse. He has supported Rhod Gilbert & Stephen K Amos on their national tours and recently recorded “Dave’s One Night Stand” (Dave), which he was a huge hit on!

Gareth Richards (2010 Fosters Edinburgh Comedy Award Best Newcomer nominee) presents a show full of brand new material in preparation for his 2014 Edinburgh Fringe solo-show. Offering delectable comedy delights, with or without instrumentation, his off-beat and unique style makes him one to watch.

A delightful hour of comedy.
THE GUARDIAN

His Material has a delicious otherworldly quality.  ????
CHORTLE