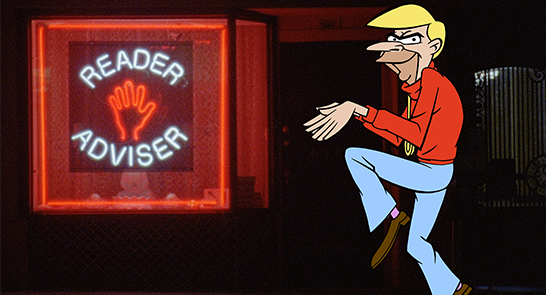 After the screening director Richard Squires will be in conversation with Dr Benedict Morrison, whose current research explores Queer cinema and television and the relationship between film form and character expression.

Where does the character end and the actor begin?

The debut feature from UK artist-filmmaker Richard Squires, Doozy is a creative documentary that employs ‘Clovis’, an animated antihero, as a means to explore the particular voice casting of cartoon villains in the late 1960s.

Through the lens of one of Hollywoods hidden queer histories, Doozy contemplates the psycho-social relationship between villainy and hysterical male laughter; the use of voice as a signifier of otherness and the frequently uneasy symbiosis of character and actor.