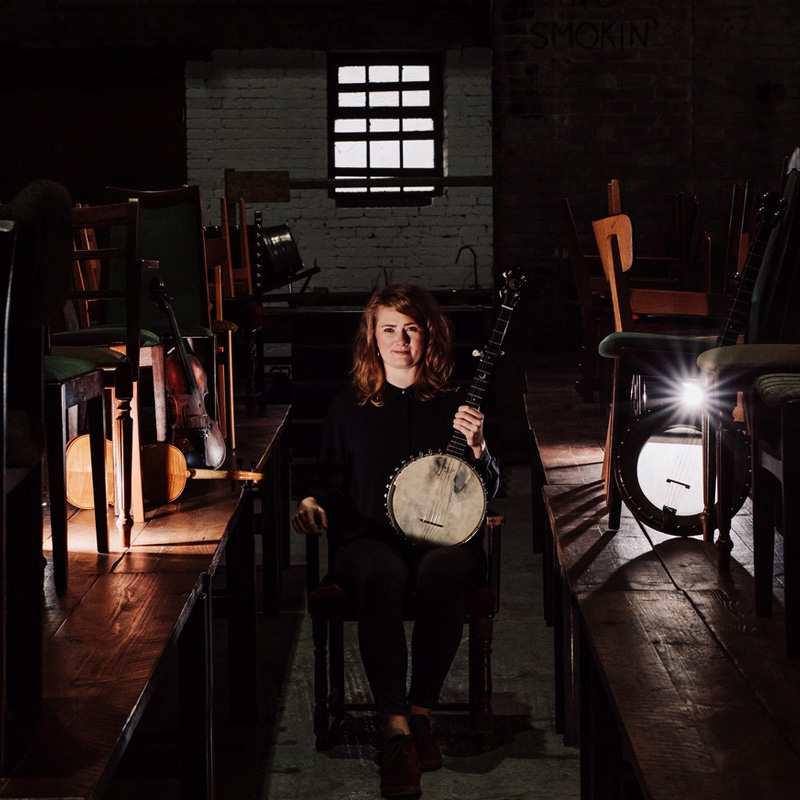 This event was scheduled to take place on Nov 11 2021 but has now been rescheduled to Sun 11 Sep 2022 at Exeter Phoenix. Existing tickets will remain valid, and our box office will be in touch with ticket holders.

A Fringe First award-winner at 2019’s Edinburgh Fringe Festival, adventurous new writing meets the warmth of a folk gig in this heartfelt and personal one woman show, uniquely weaving immersive storytelling with live fiddle, banjo and original songs taken from Rowan’s brand new genre-melding debut solo album The Lines We Draw Together (The Guardian’s Folk Album of the Month).

Unravelling the joy and pain from a story of her grandmother’s youth in 1940’s Germany, Rowan celebrates small acts of resistance and boldly asks a troubling question for our times: can hope for our future be found in the very darkest pockets of our history?

‘Utterly spellbinding singing and narration… and as the red dress’ true origin unfolds, the revelation will leave you quietly breathless’
THE SCOTSMAN – ★★★★★

‘Sublime…a narrative stitched with the subtlety of an expert dressmaker… celebrates family, nature and the ties that bind and goes on to pack a fierce political punch.’
THE GUARDIAN (FOLK ALBUM OF THE MONTH) – ★★★★