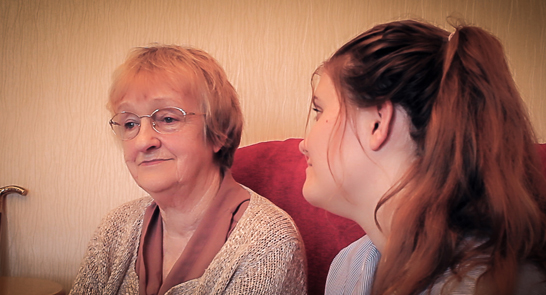 Daddys Letter is a captivating film musical and moving story inspired by an event in the life of the much loved stage and television actress Liz Smith 1921  2016.

A young girl and elderly lady have one thing in common; a letter from their father. While for one, its all she ever wanted; for the other, it is something to be feared.

This compelling story combines poignant and often amusing moments experienced in the modern-day Care Home with the lively and colourful mid 1950s dance hall era, where a six piece band takes centre stage. Vocalists perform original melodic songs in the style of pop, Latin & jazzy blues, making this a musical that will delight and enthral its audience.

In support of the Exeter based child bereavement charity Balloons.