Cleaning Up The Patriarchy 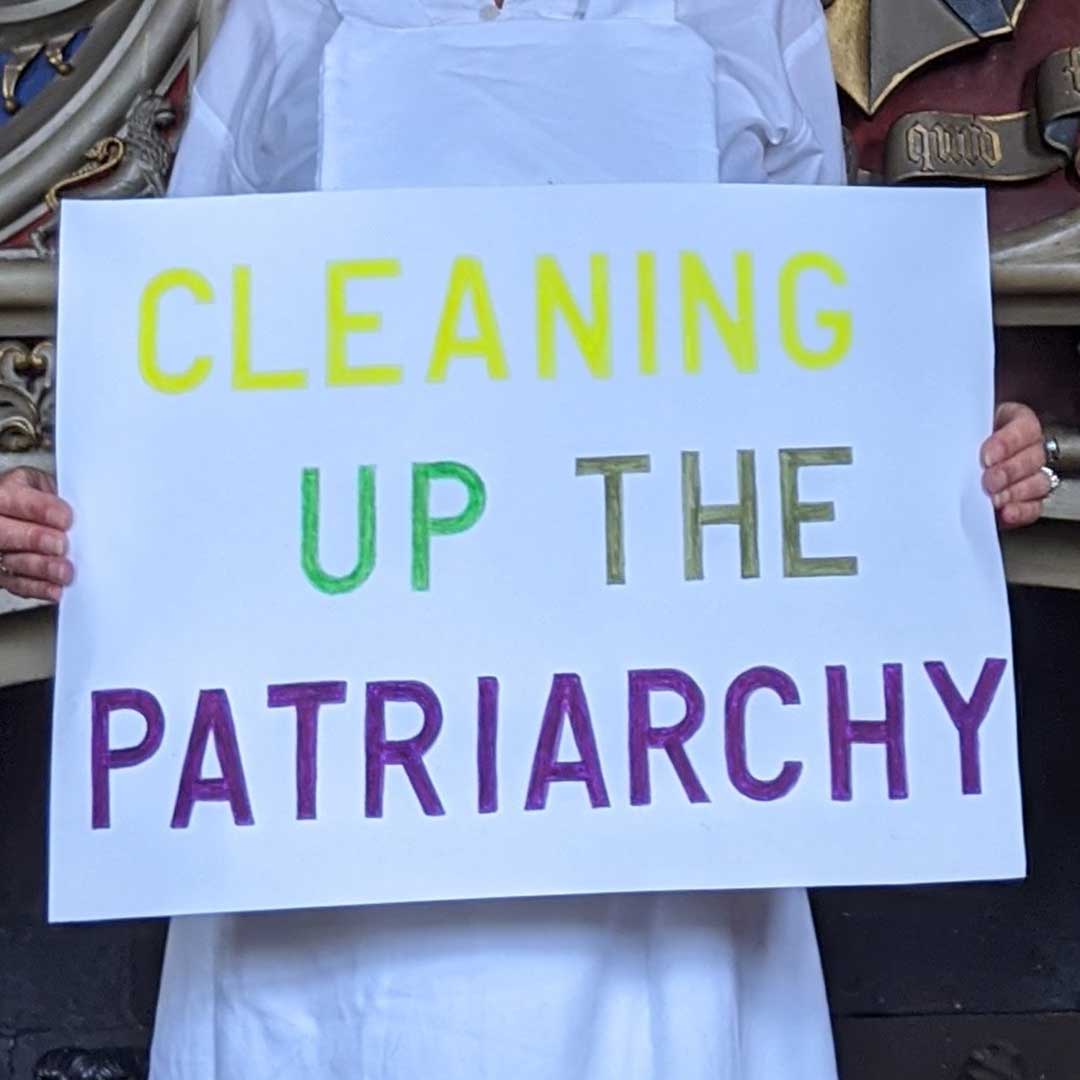 Cleaning Up The Patriarchy

This photographic intervention into the public circulation space of Exeter Phoenix is taken from a body of work created as part of an open call to respond to site at Powderham Castle on the Exe Estuary during Art Month 2021. Its intention was to pay homage to those who were/are in ‘servitude’ – to make the invisible visible. It discusses societal inequalities and aims to challenge Patriarchal control and class division.

Having grown up in Exminster, the Exe Estuary holds important memories for Wonnacott. Her late sister was the Nanny for the Courtenay family at Powderham Castle in the 1970s and she returned to live out her final years overlooking the estuary in her little cottage as a tenant of the estate.

Nicci Wonnacott is an artist activist with a long who works under the practice title ‘Life, Art and Politics’. She uses her body in public space to create art action / performance, which in turn promotes her ideology and philosophy. She makes work that responds to critical, political discourse, often utilising the narrative of ‘The Woman in White’ archetype.

Nicci says ‘This is our land‘.

This project appears as part of Exeter Phoenix’s Platform series, which offers artists based in the South West region opportunities to test out ideas, new work and recent developments in their practice.