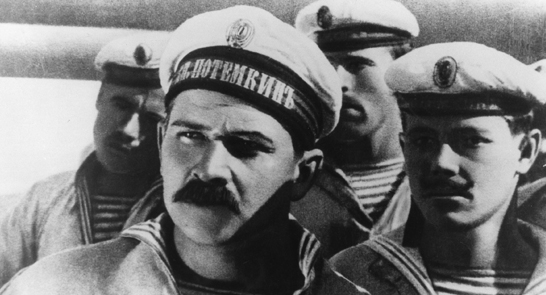 Eisenstein’s 1925 portrayal of the Kronstadt navy mutiny that sparked off the Russian Revolution endures as one of the most influential films in cinematic history.

Told in five-parts, the story follows the seed of rebellion from a single ship to the port of Odessa, before making its way to into the hearts of the people.

Full of symbolism and now iconic imagery, this classic silent film has been restored with the 1926 Edmund Meisel score.

This screening, commemorating the centenary of the Russian Revolution, will be accompanied by a special introduction from Dr Muireann Maguire, Lecturer in Russian at the University of Exeter.