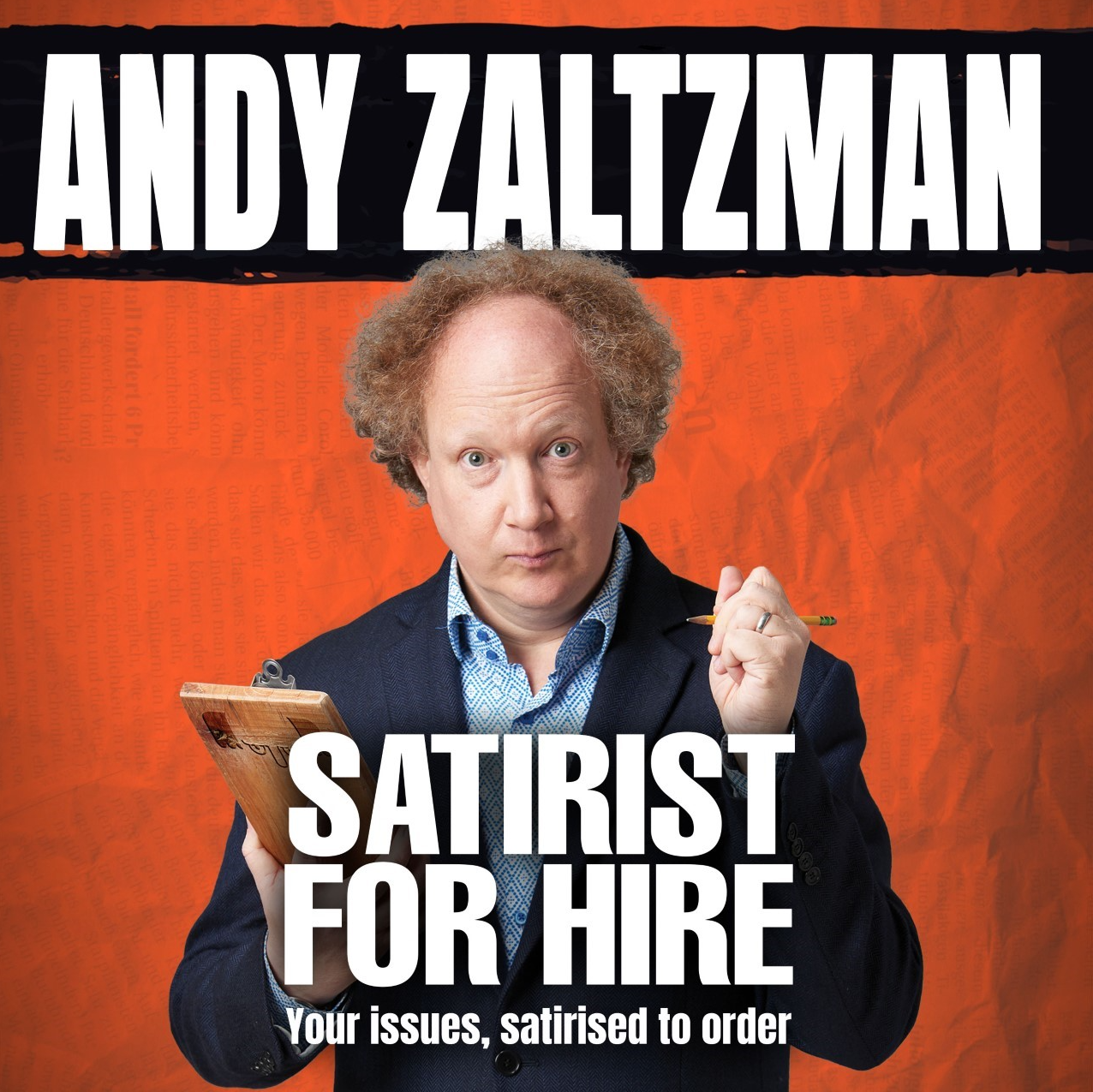 Andy invites audience members to submit topics, issues and miscellaneous gripes for him to satirise to order, meaning every show is unique and can encompass everything from the biggest political stories of the day to pedantic personal peeves, all delivered by one of Britain’s leading political comedians.

Please submit an advance satirical commission on any topic in our increasingly ridiculous universe, to satirisethis@satiristforhire.com. Please include the date of the show you will be attending, plus details of the issue/person/concept/thing you would like Andy to satirise, and any relevant supporting material if you feel so inclined.

“Political satire at its most enjoyable” ★★★★ The Times

Andy Zaltzman is a stand-up comedian, broadcaster and writer, who has firmly established himself in the vanguard of British comedy with his unique brand of inventive, incisive political satire. A regular at the Edinburgh Fringe throughout the millennium, Andy has performed stand-up across the world including tours of North America, Australia and India.

Since 2007, he has hosted The Bugle, one of the longest-running and most successful comedy podcasts in the world and has been a regular presence on Radio 4 over the last two decades, becoming host of The News Quiz in 2020.  Andy has also brought his wit and cricketostatistical expertise to the Test Match Special team since 2016.