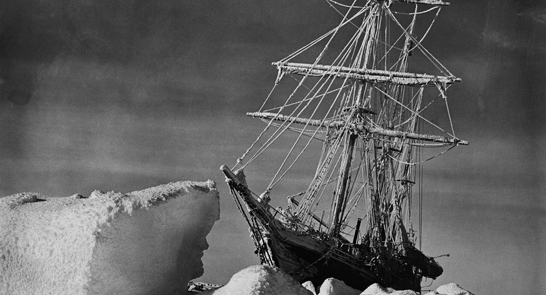 Survival against the odds: one of the great stories of the sea 

Ernest Shackleton is one of the heroic figures of Antarctic exploration. On his third expedition in 1914, his ship, the Endurance, was trapped and eventually crushed in the pack ice. After surviving for five months on the ice, Shackletons men rowed to the remote Elephant Island. From there, Shackleton sailed for help in an open lifeboat to South Georgia almost 800 miles away. Over three months later he returned to rescue the crew of the Endurance.

Frank Hurley, one of the great photographers of the 20th century, was the expeditions official photographer  a pioneer in the emerging world of photojournalism. His photographs are a visual narrative of an epic journey which capture with great artistry new and amazing landscapes within which a remarkable human drama is played out.

Mark Cottle is a freelance lecturer with many years experience in lecturing, teaching and training. Born on the Isles of Scilly, he has always been fascinated by the sea and its history: Shackletons escape against the odds  one of the greatest stories of the sea and polar exploration  combines a remarkable account with an equally riveting visual narrative.