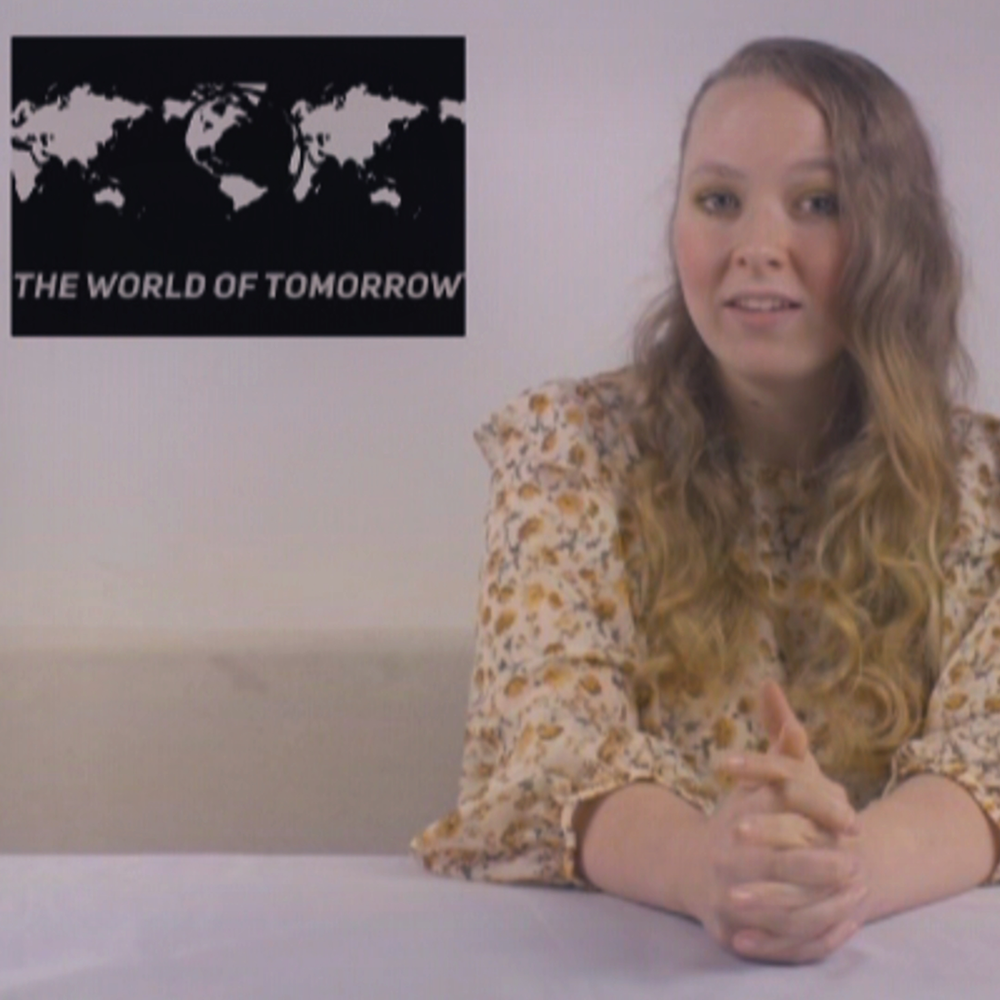 Join us afterwards in the Café Bar for the Two Short Nights after party!

After moving away from home to a house with a strict rule of ‘no music’ a young woman thinks about leaving and running away to the sea. ‘Blue Eyes’ is an original song by James Cooper and the song’s lyrics echo the confusion surrounding adolescence, intertwined with a melancholic feeling, suggestive of the highs and lows of mental health.

A fantastic superhero is making an apology to all the public and all his fans.

Some Sunday’s are better than others. Especially the ones where the plans come together by themselves.

There is only one rule

A private detective is trying to solve the murder of his partner, Tony. His methods may be questionable though as he interrogates each of his suspects using only a paper decision maker. Will he be able to catch who done it?

There’s a satellite, inhabited by a colony of paper creatures. Each element of the colony thinks in mathematical terms and relies on it as an exclusive language. The results of the internal processes are sent to other elements of the colony through sounds and mathematical formulas appear inscribed in their skin with a sort of ink. Communication between members is the base of their reality and their existence. Being a colony that adapted so well to Nature’s superior principles, the colony has forgotten violence and conflicts. But a looming event is going to change everything…

Three go camping and find the perfect spot…or so they think.

When faced with indecision as a young, old man, Born-Ski travels the world to find his true calling. Guided by his father, his choices don’t always work out so well…….

A burnt out creative director and a corporate brand ambassador liaison to happy knives corp are trying to create a campaign for knives. Going through different genres and endless notes whilst unaware that Happy Knives shady government contracts and dubious business practices are coming back to haunt them.

Martial arts-obsessed Jamie lets us inside the Dojo where he trains.

A boy creates a chatterbox of which he falls in love with, and they go on various adventures

Luis is visited by a bizarre guest with strange orders. Is it merely a dream, or is there more to all of this than meets the eye?

Biopic of a Tortured Artist

rule”. We follow his process of making the paintings, followed by an interview and the exhibit itself.

A child’s game tells a grim fortune that ends in death.

A woman visits a ghost town.

The World of Tomorrow

As we celebrate New Years Day 1970, the team at “The World of Tomorrow” take a look at some of the predictions for the year 2020; aiming to separate ‘Science Fiction’ from ‘Science Fact’

Music video adventures into the preparation of the best breakfast ever; Gammon & Eggs. There’s more than one way to prepare this meal, so let’s fry the gammon and break a few eggs.