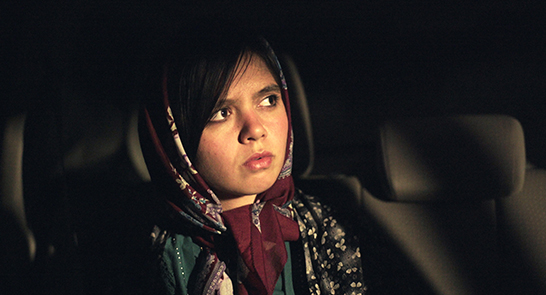 Eight years into his filmmaking ban, Iranian director Jafar Panahi (This Is Not a Film, Taxi) delivers another perceptive sideways glance at the contradictions that exist in contemporary Iranian society. An audacious triumph from a director who has already confirmed his place as one of the most important filmmakers of the 21st century, 3 Faces is a road trip through patriarchal rural Iran that becomes an odyssey of enlightenment.

Iranian actor Behnaz Jafari (playing herself) is distraught after receiving an apparent suicide note from a girl whose family forbid her to pursue studies at a drama school. With her director (played by Panahi himself) in tow, she flees the film shes working on and embarks on a road trip to Irans rural north to locate the girl. Directing frequently farcical encounters with signature restraint, Panahi gently probes the patriarchal customs that impact women in all areas of Iranian society, astutely revealing a myopic worldview lurking beneath the veneer of apparently quaint local traditions and rituals of hospitality.

A master of cinema and a celebrated champion of the Iranian New Wave before his arrest and subsequent filmmaking ban, Panahis irrepressible, mischievous storytelling has found its way through the cracks and onto the biggest international stages, even through the director himself cannot leave the country. At the same time these post-ban films have emerged as a unique body of work unto themselves, with 3 Faces no exception.