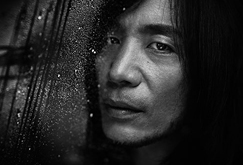 *A note on transaction fees
Card bookings will incur £1.50 administration charge, there is no charge for cash sales at the Box Office.

Circadial created and performed by Tanuja Amarasuriya and Timothy X Atack, of Sleepdogs: the sounds of this towns streets, wildlife, nightlife, vehicles, venues, homes, musicians and offices are looped, sieved, filtered, warped and stretched to make new, beautiful and perturbing music. Circadial is about the rhythms and polyphony of a place; the way that sound can locate you in time and geography. They make local field recordings over the days and night preceding the performances, from which they create a live, improvised constantly shifting music. We think of it as finding the ghost music underneath the traffic noise, street bustle, police helicopters and birdsong. Theyve used these techniques of manipulating field recordings as the basis of composition in a lot of their theatre work, but this is the first project where theyre putting the process at the centre of the performance.

Each version of Circadial is unique and created specially, and specifically for each location they play. Circadial was produced by MAYK. Created for Theaster Gates Sanctum, a Bristol 2015 European Green capital Project produced by Situations. Developed with support from Bristol Old Vic Ferment.

Gallops  are an experimental rock and electronica band from Wales. They have
supported the likes of Deerhunter, Battles and 65daysofstatic.