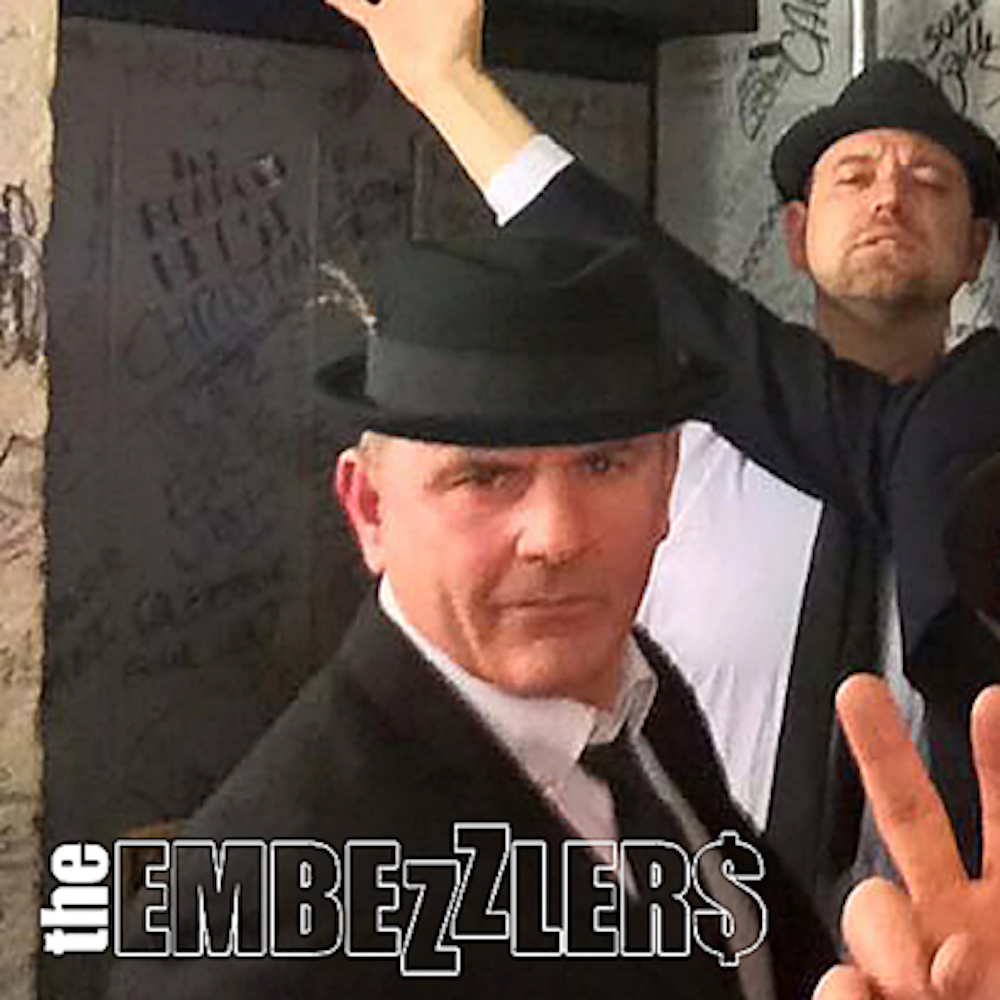 This event has been postponed. The box office team will be in touch with all ticket holders once a new date has been announced.

The Embezzlers are a 6 piece, 100% Live, ska band based in Exeter, Devon. Playing the best in ska and 2tone from Desmond Dekker, Toots and Jimmy Cliff to The Specials, The Selecter, Madness and The Beat, and there’s even a tiny little bit of The Clash thrown in for good measure!

Going back to the late 70s and early 80s the sounds of the likes of  Madness, The Selecter and The Specials were floating around on the airwaves, uplifting the spirits. That music still does that to this day because ska and 2tone is a movement that unites people.

Comprising of a bunch of highly experienced and extremely dedicated musicians , The Embezzlers have every base covered with a top notch horn section, killer keys, perfect off beat strings, crazy tight drums and all fronted by ‘Murph’, a front man with more energy than a gallon of Red Bull! If you can keep up with him, then you are a true ‘Bezzler!

The Reggaskas are an eight-piece female-fronted band, with a strong rhythm section accompanied by a lively horn section. Performing unique original songs and a few covers with an energetic reggae/ska vibe, which guarantees to get the crowd dancing.

Founded in 2014, The Reggaskas first single Who’s the Daddy went down a storm.  Releasing their first album called Long Way Home in 2016, which has been played across local and national radio stations. Playing live at many festivals, weddings, and pubs over the years, this is a band not to be missed. Creating that unique sound has to be the bond between the band-members who share the same passion for the music and the creative spark to make something unique.

The band’s line-up consists of two lead vocals and front-girls Lizy Eames and Rozie Bond. On horns, we have Mike Bourne on Saxophone, and Steve (Fester) Bourne on Trumpet. The unmistakable rhythm section we have Ken Taylor on the keyboard, Chris Reeves playing lead guitar, Dave Nicholson on Bass, and Harry Colridge on drums. With a new album in progress, which I’m sure will bring you that unique Reggaskas sound which they create live on stage.

The unstoppable explosion of ska madness that is Skata Tones will have you skanking and jumping with every beat. Front-man Robbie presents infectious, energetic, original songs that blend intense ska, reggae and dub beats, driving basslines and blistering guitar chops with crazy brass antics.

Skata Tones have raised the roof at some of the UK’s most incredible festivals, including a return to Boomtown Fair, Victorious Festival, Beautiful Days, One Love and House Of Fun (opening for Madness) as well as being guests at the inaugural Dub Pistols’ Mucky Weekender. The fastest moving ska band in the West has become a must-watch act and an unforgettable experience.

The Momentum Sessions was released in 2020. A set of genre-crossing, high-energy studio recordings featuring brand new tunes alongside some older originals that are enough to kick off any party mix. Showcase performances from each of the band members take you on a journey from symphonic textures and searing guitar lines to complex rhythms and quick-fire rap delivery. All this packed into some awsome dancing tunes!

Their 2018 release on CD and Vinyl, A Day At The Fair, captures all the fun of the festival and summer vibes with hints of gypsy jazz, ska punk, a touch of madness and a lot of fun…

It’s all about the party, the weekend, the music and the fun.