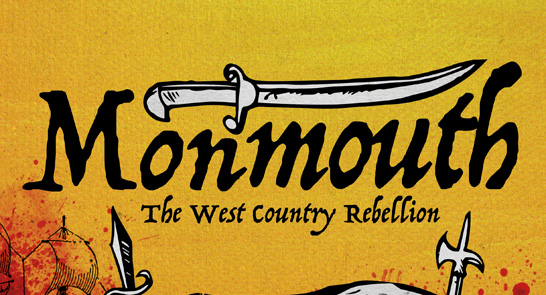 une 11th 1685. The Duke of Monmouth lands at Lyme Regis with 83 men to raise a Protestant army against James II, and begin what was to be Englands last rebellion against the Crown. Five weeks later and with a 3000-strong army swelled by dissenting men and women from Dorset, Devon and Somerset, Monmouth prepared to fight the last ever pitched battle on English soil, and the first step towards modern democracy.

This epic history of Dorset, Devon and Somerset, told through the eyes of Alice who joins the rebellion as a young girl, is performed by a 20-strong cast of South West actors, singers and musicians, with original live music and film projection.

‘Balanced and cleverly paced to ensure that what could have been a stodgy dollop of history was extremely lively and fun, while not in any way diminishing the seriousness of the subject matter… another fine achievement from the pen of Andrew Rattenbury, and the direction of Clemmie Reynolds.’
BRIDPORT REVIEW

‘A superb script that makes light work of the historical exposition describing events through the memories of the 70-year-old Alice Hawkier who as a ballsy 18-year-old had posed as a boy and found herself recruited as Monmouths valet. The action was superbly staged with back projection connecting it to modern Lyme and current affairs; while the use of music to conjure period atmosphere and aural descriptions was both inventive and extremely effective.’
NICK CHURCHILL, DORSET LIFE