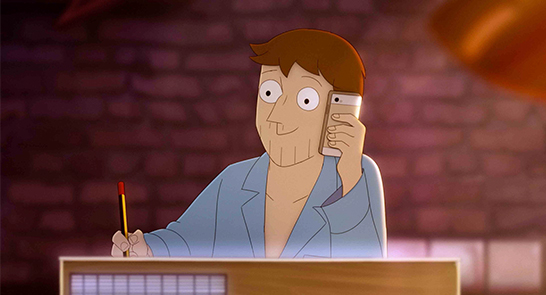 Memories Of A Man In Pyjamas

After the phenomenal success of Arrugas comic strip artist Paco Roca returns with a second installment, an autobiographical story adapted for the big screen in partnership with Diana López and Ángel de la Cruz.

Paco, a 40-something bachelor from Barcelona, finally sees his childhood dream come true: a job working from home in his pyjamas. Just when he’s reached the zenith of personal happiness, however, he falls in love with a woman whos not convinced his main objective in life should be to remain at home in his pyjamas. A delightful coming-of-age comedy for big kids who never want to grow up.