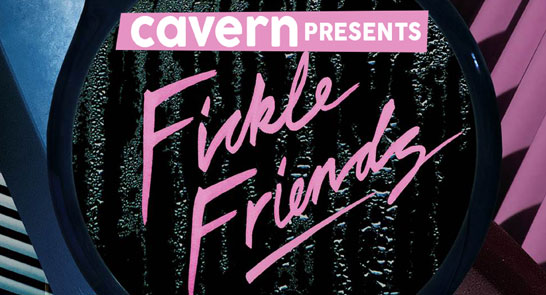 Brighton 5-piece, Fickle Friends first caught people’s attention in 2014 when their debut single Swim amassed over 750,000 Soundcloud plays. After becoming one of the most blogged unsigned artist of 2014, the band have also received acclaim from Zane Lowe, Huw Stephens & Billboard. Fickle Friends’ upbeat summertime synth-pop has made them a firm festival favourite. This year they embark upon their first UK headline tour and will be releasing their debut EP Velvet with Killing Moon Records and B3SCI Records.

DJs after the band with Exeter Cavern’s indie club anthems.