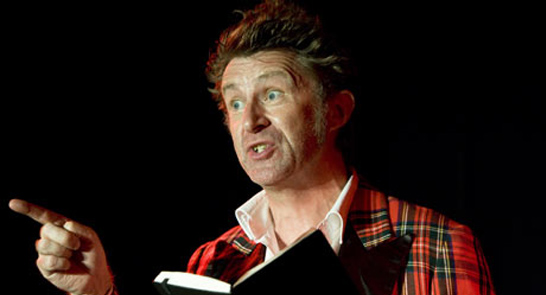 Stand-up poet, armchair revolutionary and recumbent rocker, Elvis McGonagall is the sole resident of The Graceland Caravan Park somewhere in the middle of nowhere where he scribbles verse whilst drinking malt whisky and listening to Johnny Cash. Elvis is the 2006 World Slam Champion, the compere of the notorious Blue Suede Sporran Club and a regular guest of BBC Radio 4s Saturday Live.

Verses shot through with a moral umbrage and rhetorical power… a bracing throwback to the days when comedy made room for militant eccentrics with a knack for scansion and a bolshie hankering to change the world ????
THE GUARDIAN

Comic poetry with a stand-up charge, coupled with intelligent leaps of the poetic imagination
SHORTFUSE