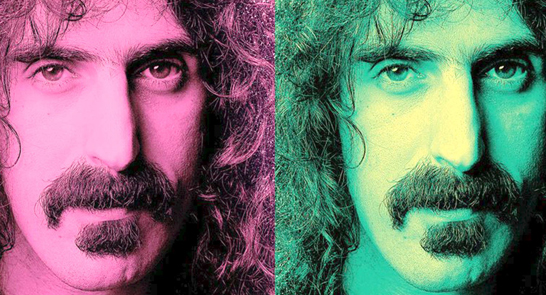 It is only fitting that a comet and a mollusk are named in Frank Zappas honor. The famed American musician, composer, and thinker created satirical, operatic interpretations of music that seemed to originate from another world.

This energetic celebration of Zappa features unforgettable interviews and performances across three decades painstakingly gathered from the obscure vaults of TV stations around the world and allows us to witness his shifting relationship with audiences.

Eat That Question follows Zappa from clean-shaven, besuited youth, to fearless chief freak, to his relentlessly productive final days before his death at 52. Immersing us right up front from the start; close enough to Zappa to read the flickering emotions in his eyes, the film illuminates not only Zappa but also cultural upheavals that defined his time.

Seeing Mr. Schüttes film, Im reminded of how much more there was to explain about Zappa, and delighted to find how well the film explains it
WALL STREET JOURNAL