Women & Obsession: Dance With A Stranger 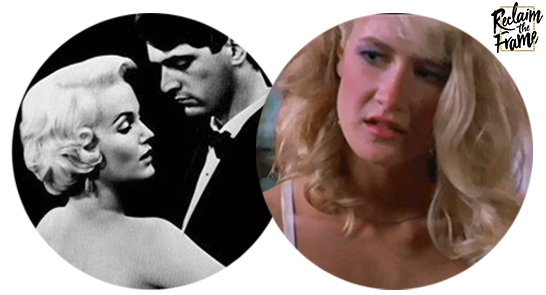 Women & Obsession: Dance With A Stranger

Our regular partners Birds’ Eye View have curated a Reclaim The Frame: Vintage season for us as part of the BFI FAN Film Feels: Obsession season, on the theme of Women and Obsession. Join us for a double bill of two unique and under-screened female-made thrillers from the 80s plus creative writing workshops tapping into ones own obsessive capacities!

In addition to the screenings, the audience are invited to a interval discussion led by Mia Bays, Birds’ Eye View’s Director-At-Large and Oscar-winning producer. After the screenings there will be a workshop, hosted by the award winning poet and creative writing facilitator Be Manzini where the audience can explore their own objects of obsession, through words and images.

Start times are subject to changes and films may begin a a slightly later time than scheduled. Sign up to Reclaim the frame to find out more about this screening and other reclaim the frame events here >>

There will be a specialist introduction before Dance With a Stranger from Katie McBride, a Lecturer in Criminology at the University of Plymouth.

British noir starring Miranda Richardson and written by Shelagh Delaney (A Taste of Honey), is based on the true story of Ruth Ellis, the last woman to be hanged in Britain following her conviction for the murder of her lover. Ellis’s murder trial in the 1950s became a national obsession, later informing the debates leading to the abolishment of the death penalty in 1965. Dance With A Stranger explores what it means to commit a crime of passion and how class and gender can inform the criminal justice system.

This screening is part of Film Feels: Obsession, a UK-wide cinema season, supported by the National Lottery and BFI Film Audience Network.  Explore all films and events at www.filmfeels.co.uk