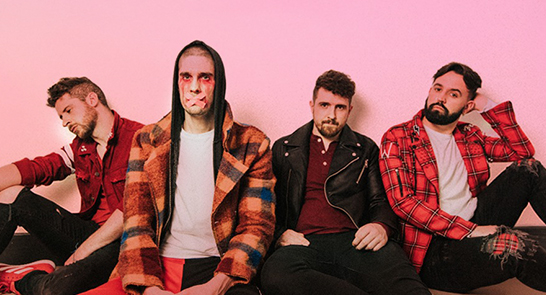 These Exeter-based rockers launch their new album. Their sound combines the intensity of punk-rock and the feel of the 70s and 80s stadium greats, with pop melodies.

Over the last year, rock newcomers WITTERQUICK have quickly emerged as one of the UKs hottest new bands following the popular release of singles Soldiers, Fade Out, and Rise, a sold out UK tour with fellow rockers Nothing But Thieves, and piquing with their debut EP Beneath the Spinning Lights, which saw them attain UK chart success (alt chart #9, album chart #35), TV, and major radio play.

WITTERQUICKs sound combines the intensity of punk-rock and the feel of the 70s and 80s stadium greats, with the melody of a pop band.

‘Their rousing brand of pop-rock rivals any of their more experienced UK counterpartscrammed with the sort of dreamy, melodic anthems youd expect from a band much further into their career’
KERRANG! MAGAZINE