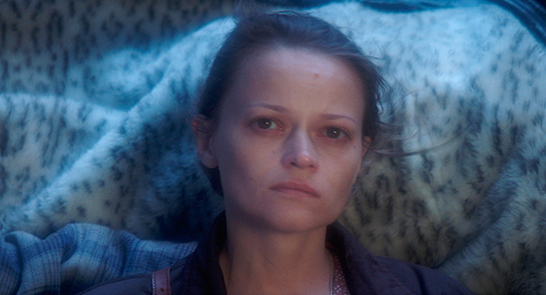 Bressons ninth feature film but his first made in colour, adapted from Fyodor Dostoevskys short story, A Gentle Creature (Krotkaya, 1876) but transposed to 1960s Paris, Une Femme Douce has, since its original release, disappeared from UK screens and become a forgotten classic of French cinema.

The film introduced audiences to budding young actress Dominique Sanda in her very first screen role,  before she would go on to appear in more than forty films, including John Hustons The Mackintosh Man (1973), Luchino Viscontis Conversation Piece (1974), Bernardo Bertoluccis 1900 (1976) and Benoît Jacquots The Wings of the Dove (1981), among many other French and Italian screen classics.

Sanda stars as Elle, a young woman with nothing and everything to lose. A meditation on shared loneliness, Une Femme Douce is a cinematic tragedy of great proportions. The film opens with Elles suicide, told immediately and poetically through the imagery of a falling scarf, before flashback fills in a narrative of gendered oppression. Following this tragic event, Elles husband Luc (Guy Frangin) is forced to reflect on how his own behaviour has affected her mental health, from the moment they met to the reality of the cold, hard pavement where her life followed her agency and disappeared altogether. Returning to the big screen with greater potency than before, as viewed through a contemporary lens of social and cinematic gendered violence, Bresson’s piercing and unforgettable film is the final word on the impact of the male gaze.

Presented as part of Cinema Rediscovered on Tour, a Watershed project with support from BFI awarding funds from The National Lottery