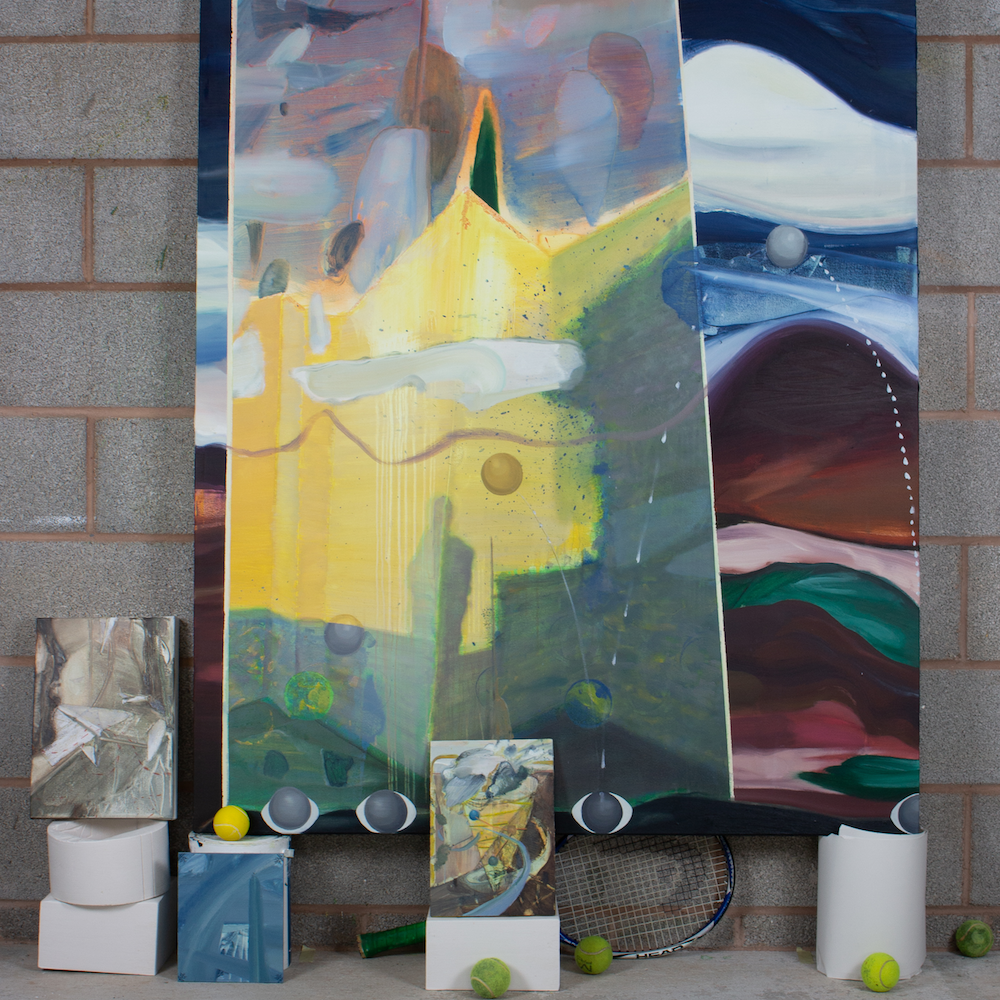 A new work by Tobias Francis, who explores interests in performance, theatre flats, and their visual artificiality within his paintings and assemblage works. Using second-hand book imagery as a starting point, often combined with personal drawings, photography, and digital screenshots, he generates collages to paint from that aim to elevate the peripheral, obstructed and singularity of things.

Like actors animating inert set designs, Francis’ work seeks to operate in a similar way: an often-flat mapping of objects, mark making and openings across the painting surface can be connected through active surveyal, drawing upon the simple planeness and aesthetic of theatre flats where space is imposed and diminished deceptively.

Scenes depicted are fictitious where no hierarchy of object or action– from a roman bust to a bouncing ball- holds precedence for use. The anecdotal, historical, and literary often galvanise a scene in mind to depict, allowing some paintings to hold deeper contextual veracities than others as the absurd/foreboding tends to unfold on the painting surface. Akin to “there (being) no terror in the bang, only in the anticipation of it,” as Hitchcock says.