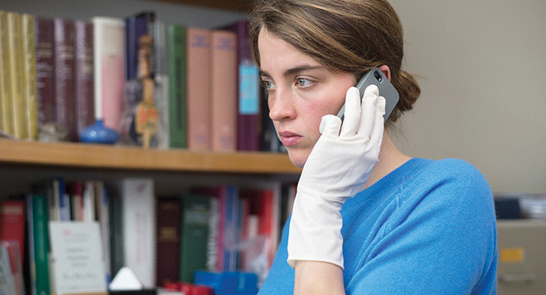 Nominated for the Palme dOr at Cannes Film Festival

Celebrated masters of realism Luc and Jean-Pierre Dardenne (Two Days, One Night and The Kid With the Bike) return to the big screen with a highly anticipated social injustice drama, featuring a mesmerising performance from rising star Adèle Haenel.

Jenny is a highly regarded young GP, dedicated to her patients and her colleagues. Working late one night she chooses to ignore the doorbell of her practice. The next day she is faced with the knowledge that a young girl has been found dead close by and CCTV footage shows it was the girl who rang the door.

Stricken with guilt Jenny begins an obsessive investigation to discover who the girl was. As she delves deeper she leans the story is more complex than she imagined yet her need for closure grows ever stronger.

Has richness and depth in abundance
LITTLE WHITE LIES