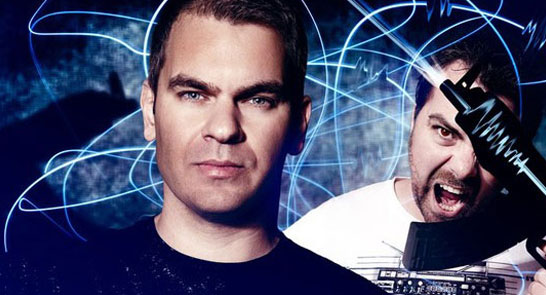 The Stanton Warriors have succeeded in not only bucking musical definition but have picked it up by the collar and kicked its ass. Theyve also done this in true underground warrior style as despite becoming the first breakbeat act ever to sign to a major label (warner, no less), they were required to, in their eyes, compromise their style for the sake of shifting units. As a result they refused to put out any releases and focused on the DJing whilst a new label was sought (V2). With their eclectic past and drawing on some traditional sounds of underground house, hip hop, electro and funk, theyve mixed up the old and the new and come out with something bigger than the sum of its parts, namely the Stanton sound.

Not many can claim to have defined a sound but Mark Yardley and Dominic B should definitely be there if theres ever a ruck on the subject. The Stanton Warriors have carefully honed a distinct sound that carves up dance floors through 4 corners of the world sounding fresh and bringing something new to the party. As Dom said at the start of it all when he first saw the reaction to one of their tracks at the Notting Hill Carnival Everybody was dancing. Were a few years down the line but its still about everybody and dancing – theres just more people at the party!

Theyve done their homework and honed their skillz
NME