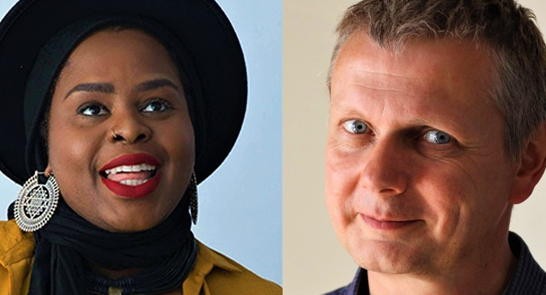 Exeter Phoenix is opening its doors again and Spork! is turning 2, so come and celebrate with an evening of spectacular spoken-word. With special guests Matt Harvey and Muneera Pilgrim plus our 4 emerging Spork Up! poets.

Poet, humourist and enemy of all thats difficult and upsetting, Matt is an accomplished Devon-based writer, the host of Radio 4s Wondermentalist Cabaret and creator of Empath Man. Hes authored several collections including The Hole in the Sum of my Parts and was the first official Poet in Residence for the Wimbledon Tennis Championships

‘Not only funny, but tender and true’
THE GUARDIAN

She regularly contributes to Pause for Thought on BBC Radio 2, has worked as an Associate Artist with The English Touring Theatre and has written for The Guardian, Amaliah, Huffington Post, The Independent, Al Jazeera, Black Ballard and various other digital and print platforms.

This Autumn! Spork are working with 4 incredible emerging artists from across the South West to hone their skills and develop their talent. Saili Katebe, Roisins Brother, Megan Baxter and Harula Ladd will all be delivering feature slots