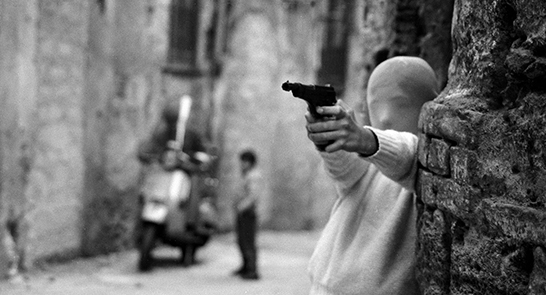 Please note there will be no adverts before this screening.

In the streets of Sicily, gutsy Letizia Battaglia pointed her camera straight into the heart of the Mafia that surrounded her and began to shoot.

Italian photographer Letizia Battaglia has spent years documenting the life and crimes of the Mafia. This fascinating documentary combines present day interviews with Battaglia, with archive footage and her own photography to paint a vivid portrait of her life and experiences. This audacious work brings grit, texture, and critical new perspective to Battaglias work and dismantles the romantic narrative of the Sicilian Mafia from the perspective of someone who lived inside it.

After the screening on Tue 17 Dec Birds Eye View’s Mia Bays will be joined by Dr Ashley Frayling, lecturer in Criminology at the University of Exeter and award-winning photojournalist Martin Nangle for a post-screening discussion.