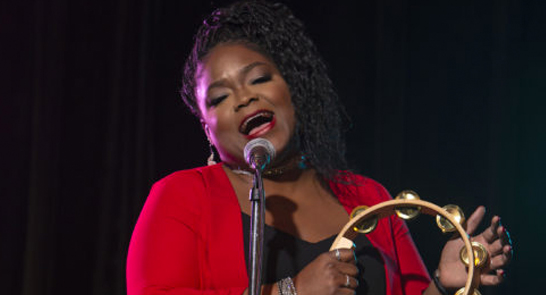 To those who caught Shemekia Copelands incendiary performance at the 1999 Bishopstock Festival, she will need no introduction. Born in Harlem New York City and the daughter of Texas blues legend Johnny Copeland, when Shemekia broke on the scene at age 18 in 1998, she instantly became a Soul and R&B force to be reckoned with.

News outlets from The New York Times to the Chicago Tribune and CNN fell over themselves to praise Copelands talent, larger-than-life personality, and true star power. In the intervening years Shemekias earned eight Blues Music Awards, a host of Living Blues Awards (including the prestigious 2010 Blues Artist Of The Year), Grammy nominations and performed on stages worldwide, including the Chicago Blues Festival where she topped the bill.

Shes sung with Eric Clapton, Bonnie Raitt, Keith Richards, Carlos Santana, and many others, opening for The Rolling Stones on tour. In 2012, she performed with B.B. King, Mick Jagger, Buddy Guy, and Gary Clark, Jr. at the White House for President and Mrs. Obama.