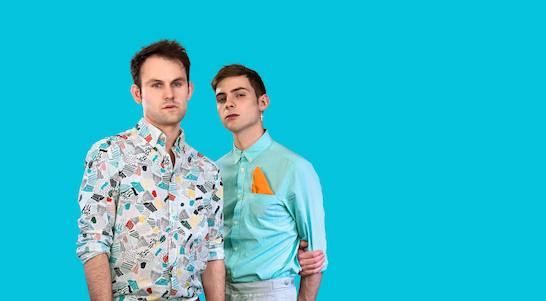 Join us at Exeter Phoenix for Poltimore Festival’s launch party with music from Private Agenda and Delmer Darion. Poltimore Festival is a non-profit initiative supporting the arts from all across the South West, located in the house and grounds of one of the county’s most astonishing hidden gems. Come join us at Poltimore House for the festival on Sun 28 May, and watch as we bring Poltimore House back to life for one day only.

Having tastefully crafted their kaleidoscopic sound on a diet of obscure disco divas (Linda Di Franco, anybody?), the complete recordings of Compass Point studios and the hits of the 80s New Wave in the slightly ironic surroundings of a bleak German winter, their debut single, Déjà Vu quickly found a natural home on Mark Barrotts acclaimed Balearic imprint, International Feel. Released into much acclaim, Déjà Vu / Freefalling premiered on BBC1xtra, before being awarded a 9/10 review in Mixmag (UK). The vinyl sold out in a matter of weeks.

After a live debut at Berlins Prince Charles nightclub, follow-up single Paralysed (which included a remix from leading house DJ, Gerd Janson) premiered on BBC Radio 1 before becoming Disco Single of the Month in Mixmag Germany and DJ Mag Italys Disco Money Shot. Soon after the band would host their own club night series at one of Berlins leading clubs, Farbferseher before launching their own label, Nightshift of the same name.

With a string of remixes and releases dropping for labels as varied as Mark Jones iconic Wall of Sound to the exclusive, vinyl-only Tusk Wax, Private Agenda have swiftly proven just as comfortable in the depths of Berlins underground as amongst pops leading lights on commercial radio.

The bands latest single Full Moon (which included a remix from Andy Butler of Hercules and Love Affair fame) was released in the Summer of 2016, premiering on Benji Bs BBC Radio 1 show, garnering praise from heavy weights in the dance underground. A brief UK tour followed in October 2016, with the band entering the studio to complete their debut LP.

Private Agenda are set to make their Exeter debut with the launch party of Poltimore Festival 2017.

Two-piece electronica outfit Delmer Darion have a habit of producing breathtaking live shows. With plaudits ranging from BBC Introducing to indie-sensation Ry X, the duo now split between London and Bath are making their Exeter homecoming.