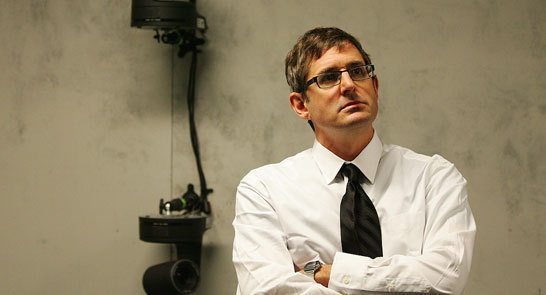 Louis Therouxs first theatrical feature documentary, from the Oscar winning producer of Searching For Sugarman and Man On Wire, sees the renowned filmmaker delve into the world of Scientology, one of the worlds most mysterious and powerful religions, in what he regards as the Holy Grail of Stories.

With a lifetime of experience dealing with eccentric, unpalatable and unexpected human behaviour, the unassuming Theroux wont take no for an answer when his request to enter the Church of Scientology headquarters is turned down. Inspired by the Churchs alleged techniques, and aided by former Scientology members-turned-whistleblowers, Theroux uses actors to recreate incidents people claim to have experienced as members in an attempt to better understand the way it operates.  However, in a bizarre twist, it becomes clear that Louis is not the only one making a documentary Suffused with a good dose of humour and moments worthy of a Hollywood script, My Scientology Movie is as outlandish as it is revealing.

Due to popular demand, we have added an extra screening of My Scientology Movie. Book tickets here >>