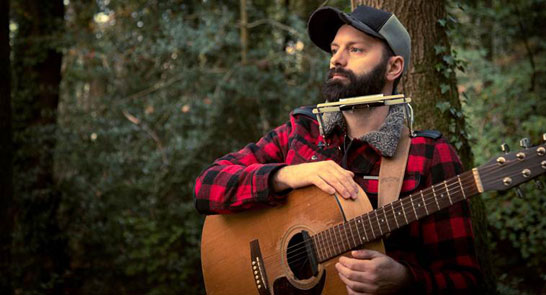 Earthy, bluesy, ambient, singer songwriter/producer. Builds his own Yidaki/Didgeridoo and performs with a hybrid multi-instrument set up. Creating a unique sound that peers into the past and reaches into the future. With multi limb coordination whilst singing, that would make even an ambidextrous octopus go cross-eyed.

Michael stems from the D.I.Y studio generation with a strong interest in a complete musical process, from the birth of a song/composition right through to the finished recorded/mixed/mastered and produced record. Not confined to one genre of music, he has enjoyed learning from many styles of music and eclectic artists.

Michael’s music has been used for film and advert’s, he’s had a television performance on BBC1 and airplay on radio stations throughout the UK and gained experience on the UK festival circuit. Performing at Glastonbury, Secret Garden Party, Green Man, Beautiful Days, Sunrise, Electric Picnic and Didj Fest UK among others. Michael works with a collection of musical friends and session musicians, both in the studio and on the live stage.