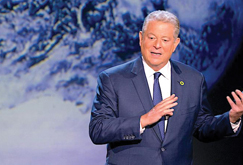 Sally Hawkins and Ethan Hawke delve into the life of Maud Lewis, one of Canada’s most celebrated outsider artists despite suffering arthritis in this tremendous biopic.

Nova Scotia, 1937: Maud Dowley (Sally Hawkins) is living with her unsympathetic aunt until she sees local fish peddler Everett Lewis’s (Ethan Hawke) ad for a housekeeper. Finding happiness for the first time Maud starts to explore simple creative opportunities and is soon painting everything in sight. Her artistic talents are largely unrecognised until a visitor arrives from New York and, seeing one of Maudie’s paintings, commissions one: beginning Maudie’s ascent to a career and a fame that would eventually see one of her artworks hanging in the White House.

Eliciting performances of tremendous complexity and physicality from her leads (especially Hawkins, who appears in nearly every scene and delivers a truly exquisite character study) and enriched by gorgeous imagery of Nova Scotia’s coastline by cinematographer Guy Godfree, Walsh’s film is a profoundly inspiring story of a woman who transcended both her disability and the social norms of her time through her art, as well as a moving exploration of the human heart.