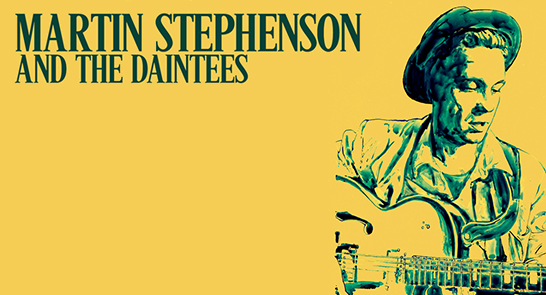 The tour comes after a busy period for Martin and the band that saw the 9th Daintees album Chi Chi And The Jaguar released in August.

Martin, along with John Steel (guitar), Chris Mordey (bass) and Kate Stephenson (drums)  will no doubt also be featuring songs from the classic albums Boat To Bolivia and Gladsome, Humour And Blue, but as usual predicting the set list is impossible!