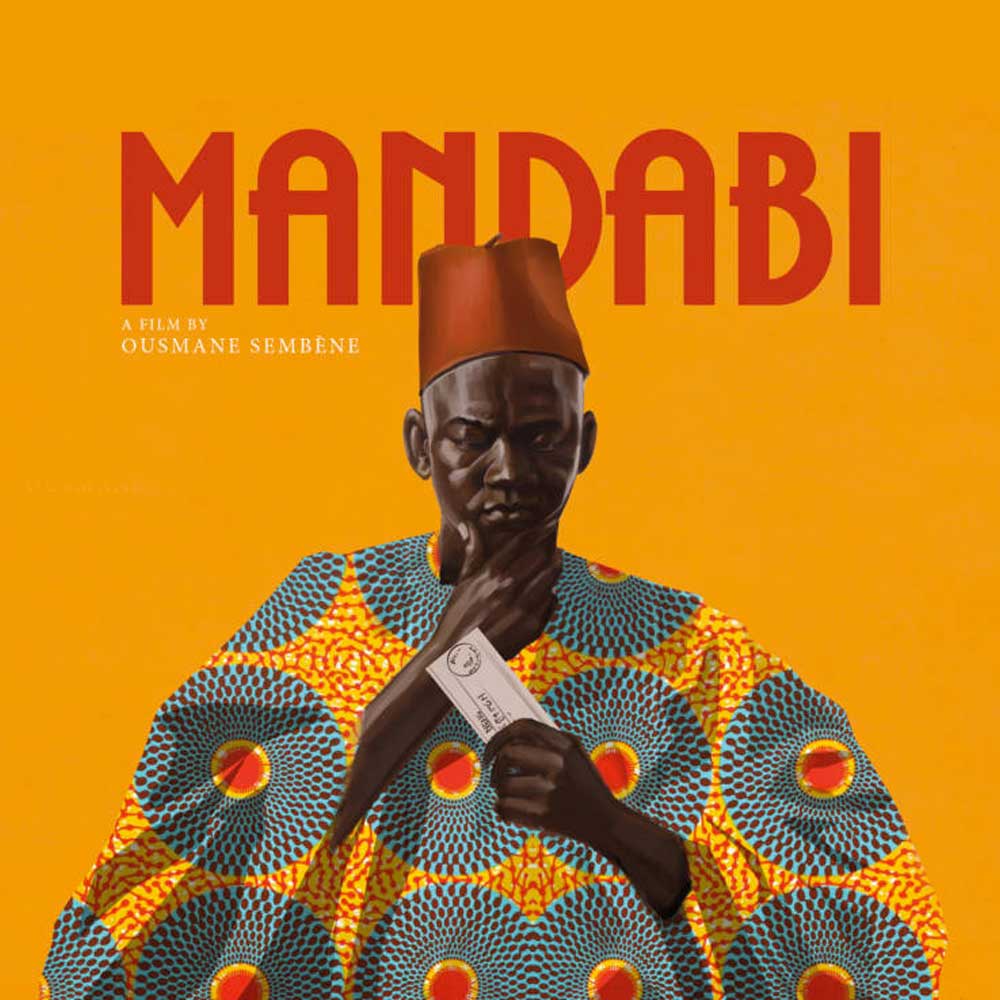 Ousmane Sembène was once asked if his films were understood in Europe. Sembène’s response? ‘Let’s be clear. Europe is not my centre. Europe is the outskirts.’ With his startlingly funny but clear-eyed satire Mandabi, Sembène made a bid for the world to reorient itself towards Africa as the heart of cinema.

The first feature ever made in an African language, Mandabi fulfilled Sembène’s dream ‘to restore Africa’s stories to Africans.’ This stunning new 4K restoration brings it to the rest of the world. Set in Dakar, Mandabi tells the story of Ibrahim (Makhouredia Gueye) and the transformative effect that a 25,000 franc money order from his nephew in Paris has on his fortunes. Word quickly travels about his new found wealth, while a thousand bureaucratic obstacles stand in the path between him and his money.

Ibrahim, preening and scheming, laying bets he has no means to collect, is a superb character study. But Mandabi is also a sprightly but stiletto-sharp satire on post-independence African nations and the shadow cast by colonialism. Winner of the Grand Jury prize at theVenice Film Festival, Sembène’s adaptation of his own novella set a new course for African cinema: radical, anti-colonial and proudly independent in its methods.