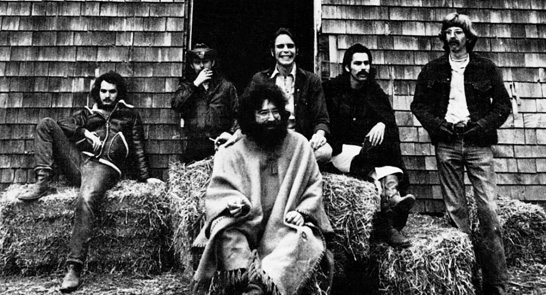 Plus Support From The Stretch Report

Direct from California, USA comed the rock event of the year. The landmark first Live Grateful Dead album will be performed in its entirety by an all-star band.

Live/Dead was the first live official album by The Grateful Dead released in 1969 after being recorded over a series of concerts that year. Rolling Stone Magazine wrote at the time that the album contained ‘the finest rock improvisations ever recorded’. The same magazine chose the album as one it’s ‘500 greatest albums of all time’ in 2003.

Tom Constanten was the pianist with The Grateful Dead on this album and he returns with an all star line up featuring members of Jefferson Starship, Bob Weir’s Ratdog and David Crosby’s Band to perform the album in its entirety for one night only.

Tom Constanten originally started performing with Steve Reich & Terry Riley. His friendship with Grateful Dead bassist Phil Lesh led to him joining the band in 1968. Mark “Slick” Aguilar is best known as the guitarist with Jefferson Starship. He has also worked with the David Crosby Band, Buddy Miles and KC & the Sunshine Band. Mark Karan is the guitarist with Bob Weir & Ratdog. Mark has also toured with Dave Mason, Paul Carrack and was chosen to fill the slot of Jerry Garcia in 1998 with The Other Ones, a band featuring former members of The Grateful Dead.