Life after Everest: the adventure continues 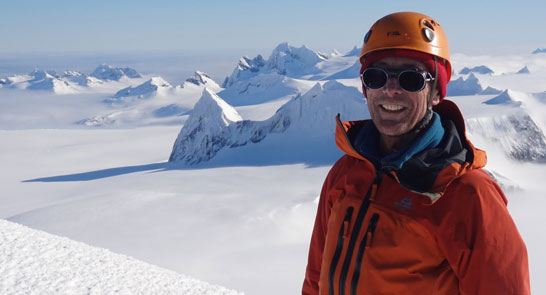 Life after Everest: the adventure continues

Life after Everest:
the adventure continues

For Stephen Venables a new route up the worlds highest mountain without oxygen was just the start of a whole new series of adventures.  In this stunning new talk he recounts his narrow escape from death in the Indian Himalaya, first ascents in Nepal and sailing to the mountains of Tierra del Fuego, South Georgia and Antarctica.

Stephen Venables, mountaineer, writer, broadcaster and public speaker, was the first Briton to climb Everest without supplementary oxygen. Everest was a thrilling highlight in a career which has taken Stephen right through the Himalaya, from Afghanistan to Tibet, making first ascents of many previously unknown mountains. His adventures have also taken him to the Rockies, the Andes, the Antarctic island South Georgia, East Africa, South Africa and of course the European Alps, where he has climbed and skied for over forty years. Stephen has also appeared in television documentaries for BBC, ITV and National Geographic.