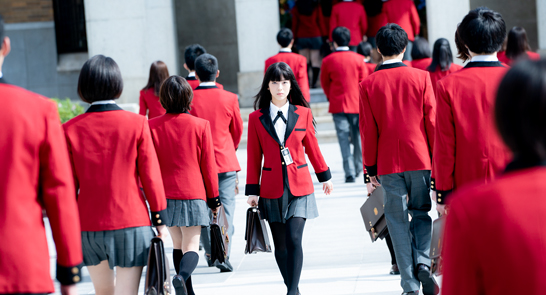 At Hyakkaoh Private Academy students are ranked on their gambling abilities rather than grades. The coveted prize for becoming the ultimate gambling champion is a blank future that will give the winner autonomy over their life after graduation. Who will win happiness by betting on their lives?

Fancy a light bite? Were offering our vegetable gyoza appetiser alongside a bottle of Asahi for only £6.95. You can pick up this offer throughout all of March!