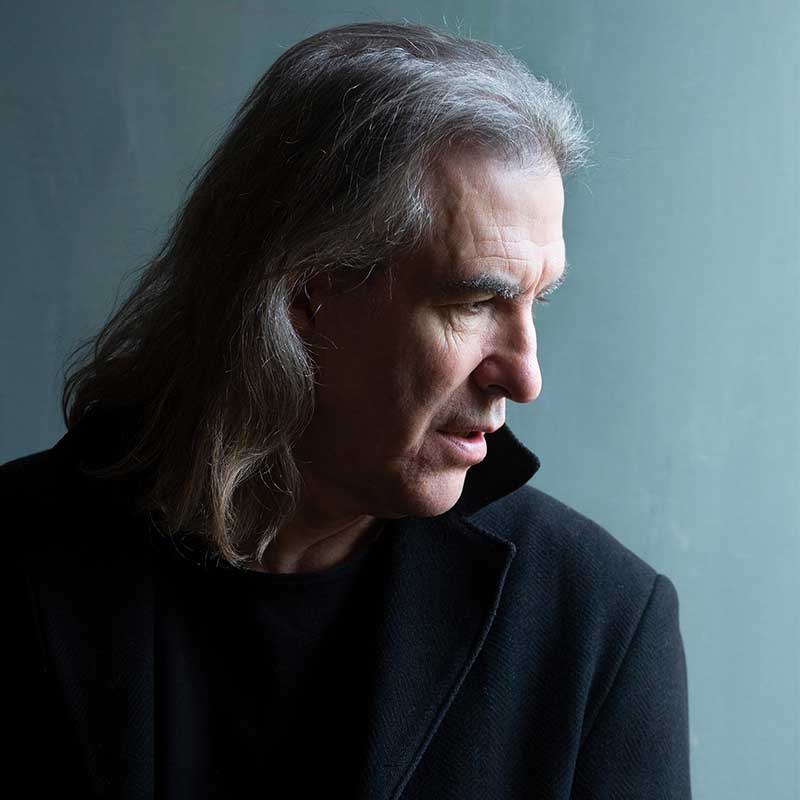 Justin Sullivan stepped out from New Model Army to release his second solo album in May this year, eighteen years after the first. He has now announced a 14 date solo tour where he will be playing tracks from the album and from his extensive New Model Army back catalogue.

Surrounded is a collection of sixteen new songs, written in the first weeks of the 2020 lockdown. These songs are again guitar-vocal compositions highlighting Sullivan’s love of storytelling, wide open landscapes and powerful atmospheres.

Mostly recorded at home, the album also features contributions from many other musicians including Jon Thorne on bass (Lamb), Tom Moth on harp (Florence and the Machine – and brother of NMA bassist Ceri Monger), plus string arrangements from composer friends Tobias Unterberg, Henning Nügel and Shir-Ran Yinon. Also featured are all the current members of New Model Army. The album was mixed by Lee Smith at Greenmount Studios in Leeds, co-producer and mixer of New Model Army’s recent albums, including 2019’s ‘From Here’, their highest charting album to date globally.

Justin Sullivan says: ‘Under the circumstances, it wasn’t particularly surprising that this was the moment to make another solo record and the songs came thick and fast in the first few weeks of the lockdown. There is not so much about ‘what’s happening in the World’. As with “Navigating by the Stars”, which was written in the aftermath of 9/11, I wanted to write about other things – some well-known stories, some less well-known, some autobiographical and more a landscape of the imagination than social comment.’