£14.50* (All proceeds after costs donated to charity, see list of charities below) 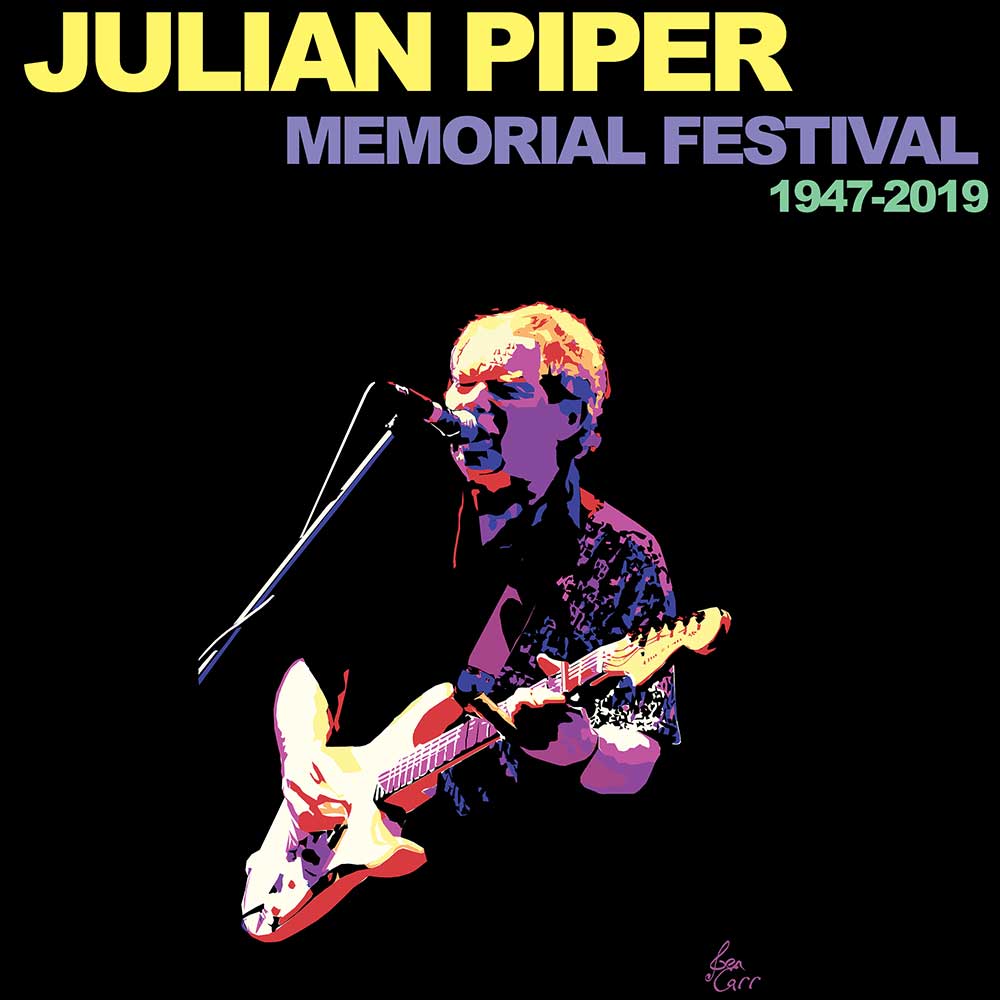 The Julian Piper Memorial Festival was originally scheduled for Sun 11 Oct 2020 but has been postponed until Sun 10 Oct 2021 due to COVID-19 restrictions. Tickets bought for the original date remain valid.

The Julian Piper Memorial Festival is an all day festival of Blues & Roots to celebrate and remember the extraordinary life of Topsham born British blues guitarist, writer, promoter and record producer Julian Piper. Full line up and stage times will be announced nearer the event. All proceeds after costs donated to the following charities: The Delta Blues Museum (Clarksdale, Mississippi), Help Musicians UK & Patterdale Mountain Rescue.

Described in The Guardian as ‘one of the UK’s foremost champions of African-American blues‘, Julian not only played alongside leading US blues musicians but produced, recorded, toured with and promoted their concerts in the UK and Europe. Often bringing these acts to the South West with his band Junkyard Angels, some of these names included Phil Guy, Eddie Kirkland, Tabby Thomas, Chris Thomas King, Carey & Lurrie Bell, Lazy Lester and Louisiana Red. Over the span of 4 decades Piper recorded & helped produce 11 albums – with two of these winning a WC Handy Award.

Julian also promoted hundreds of concerts over the years in Exeter including Peter Green, Robert Plant, Robert Cray, Hubert Sumlin and Jonny Winter but also supported a vast array of new artists emanating from the UK & US covering Blues, Folk and Roots.

He presented a four-part documentary, Blues on the Bayou, on BBC Radio 3 in 1991, and published a book documenting his time in Baton Rouge, Blues from the Bayou in 2016. Writing for a number of publications including Guitarist Magazine and MOJO, over the years Julian interviewed the likes of BB King, Buddy Guy, Jimmie Vaughan, Buddy Miller, Steve Earle, Bonnie Raitt, Kings of Leon and The Black Keys.