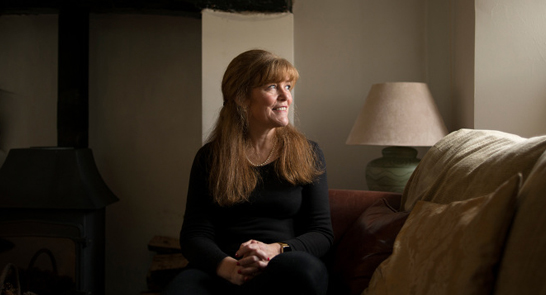 Part of WOW Exeter 2018 The Candidates is a series of portraits of women who stood as candidates in the 2017 Devon County Council election and the General Election for constituencies in Devon. Commissioned by Fawcett Devon, a local branch of the Fawcett Society the exhibition is part of a series of events celebrating the centenary of some women being granted the right to vote in General Elections in Britain. The exhibition is being shown here as part of WOW Exeter 2018.

Whilst women today have the vote, they are still significantly underrepresented in both parliament and local government. After the 2017 general election there were 12 more female MPs In Devon County Council there are currently 18 females and 42 male councillors. Only two constituencies in Devon are represented by Women MPs.

Each portrait was taken in the house of the sitter and is exhibited with a statement which tells the viewer why each decided to seek the candidacy. The Exhibition celebrates the individual womans journey and aims to encourage more women candidates from all parties in the next local and parliamentary elections.

One argument used against womens suffrage was, that womens place was in the home not politics, and financially dependent on their husbands or male relatives. We know the personal is political and we want to promote political life that includes a work life balance for both men and women. We want to counter gender stereotyping so both men and women have an equal seat in decision making and, in the home.

Jessica Lennan (b.1982, Berlin) is a photographer and Lecturer based in the South West of England. Her work is a careful and sensitive investigation of the social environment and more specifically of the relationship between people and places. She graduated from the Ostkreuzschool for Photography (Berlin/Germany) in 2009 and completed an MA in Photography and the Book at Plymouth University (UK) in 2012. Her work has been exhibited in Berlin, Paris and at several places in the South West of England.

Find out more about WOW Women of the World Exeter here >>

Community based exhibitions from local groups, projects and creative activities.